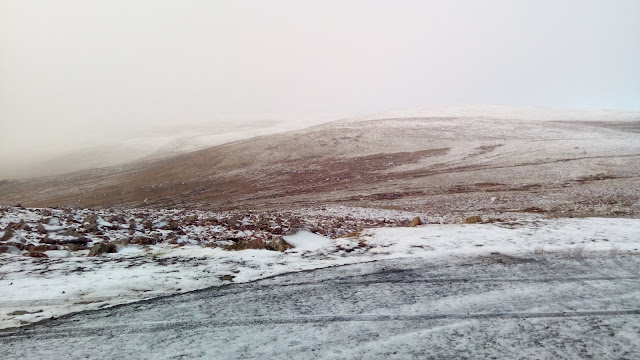 I had hoped to go a for a bike ride yesterday, but the roads were far too icy for me to want to risk it and there were sleety snowy showers coming across. So I sent a spur of the moment message to a friend suggesting a walk to Ronas Hill and Da Lang Ayre as I'd seen another friend had been up there the day before and it looked lovely and snowy. I expected a 'no', but got a yes! So half an hour later we met up and started the long drive north.

There were heavy sleet showers as we drove and even as we parked up at Collarfirth Masts, but to reward our determination the skies cleared around us so we set off. It was to be about 16km or 10 miles by the times we got back to the car. 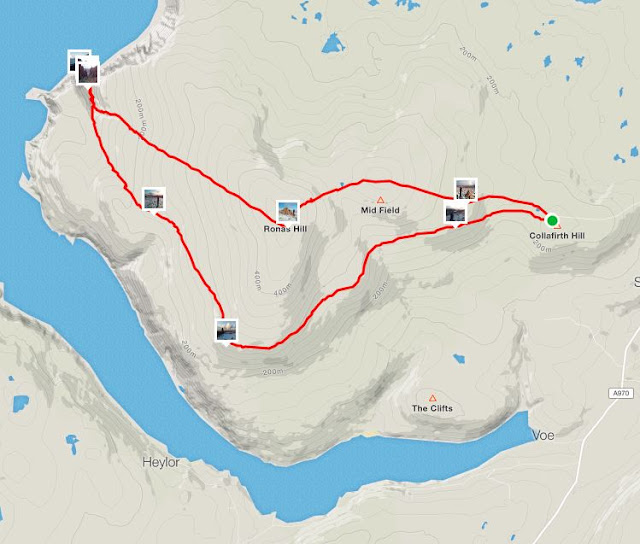 First thing was first, hit the tops on the way to Ronas Hill summit. The first bump of Roga Field... 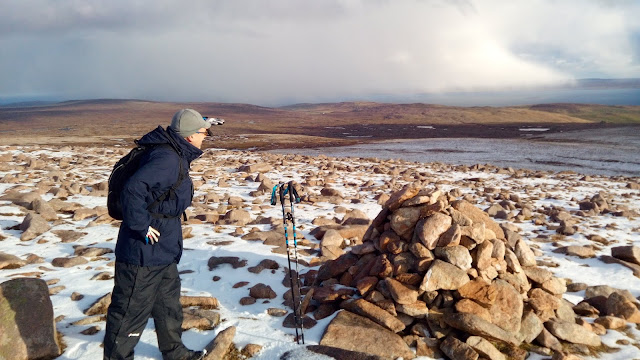 Followed by a snowier walk to Mid Field... 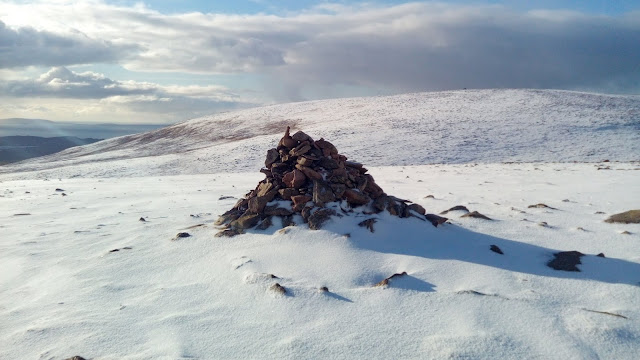 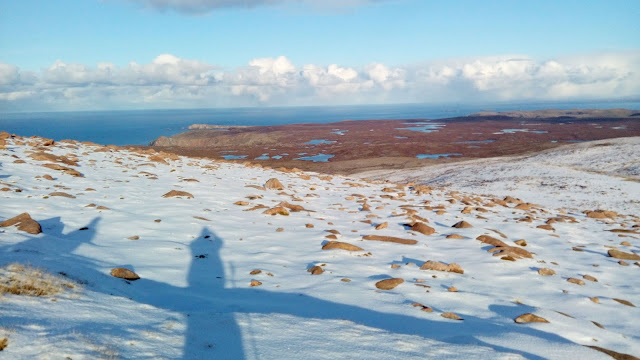 Looking south west towards Sullom Voe on the right... 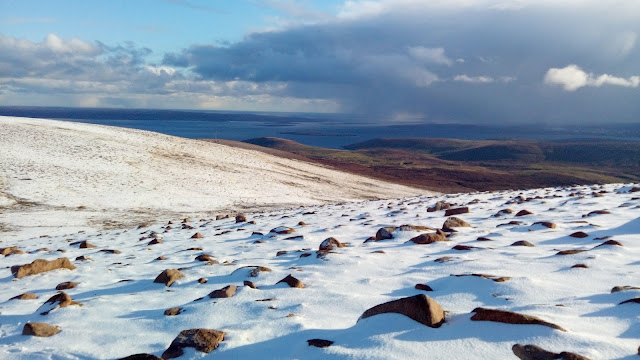 The summit chambered cairn at 450m. Not high, but it always feels high up here. And it certainly felt cold. I don't know the actual temperature, but my phone said 2c, feels like -4c with the wind and I wouldn't argue. It was nippy! 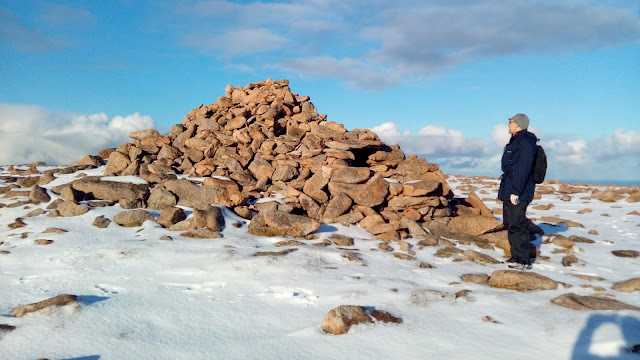 In the nearby visitors book box was a tub of sweets and a can of Tennents! We took a  couple of sweets, signed the book, had a sarnie and moved on toward the descent to Da Lang Ayre... 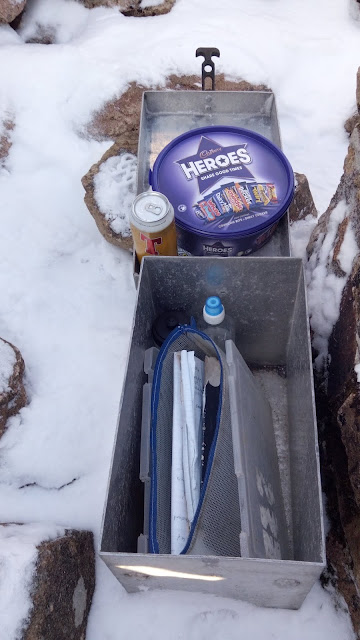 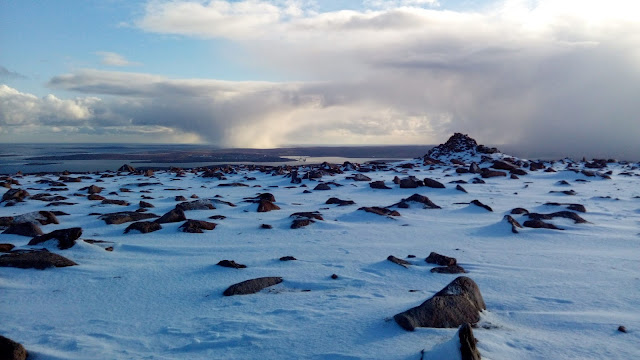 Looking to the Faither on the far side of Ronas Voe. We would descend towards the little spike you see to the right on the photo... 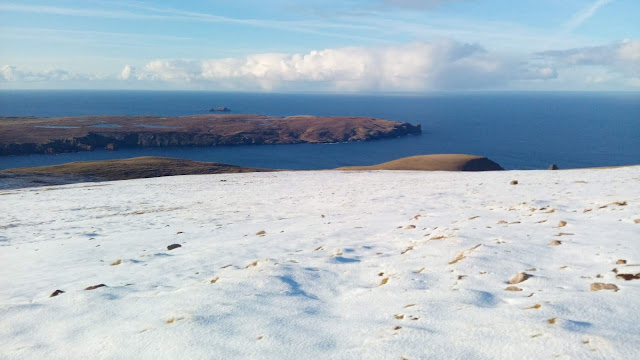 Nearing the bottom of The Burn of Monius... 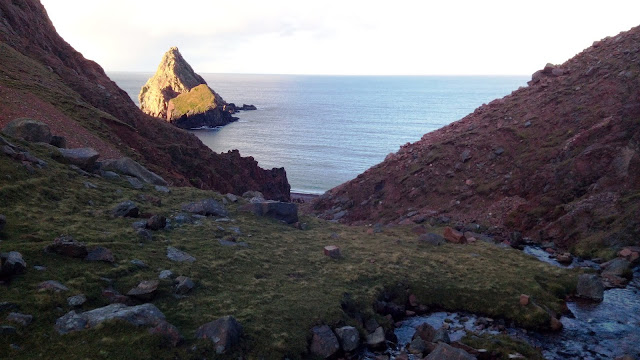 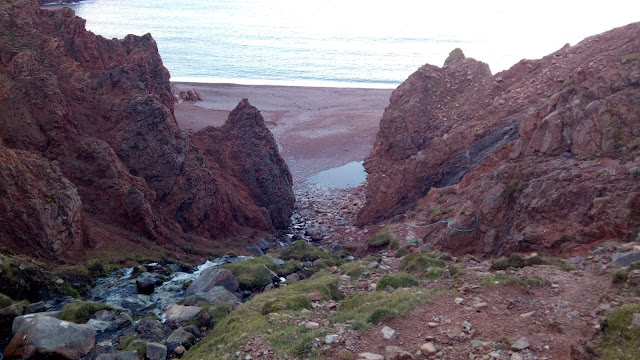 One last bit to go. It looks much worse than it is, the rope is more to steady you than climb... 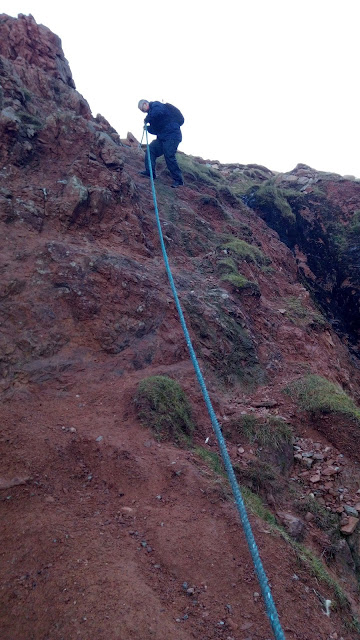 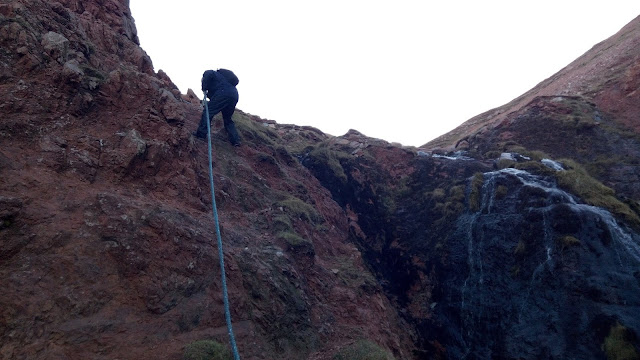 The beach was in deep cold shadow with a really cold draft coming down the valley we'd just descended. We just took a few photos, had a snack and then began the long drag back up from sea level... 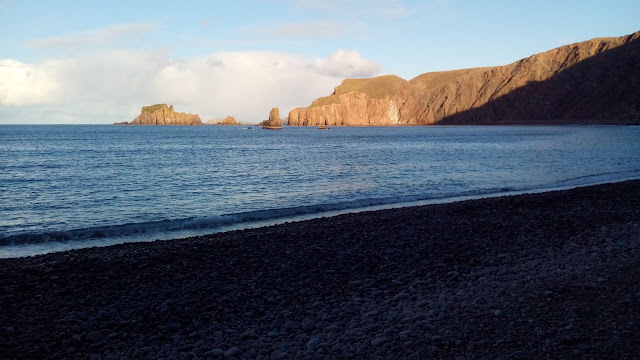 The beach is about a mile long and worth the walk on a warmer day with more daylight remaining.

Our return was to be to the south of the hill summits to stay in the sun and avoid the worst of the wind, so we branched off Monius headed up Gaats Burn with hardly a sheep gaet to follow through the rough ground. 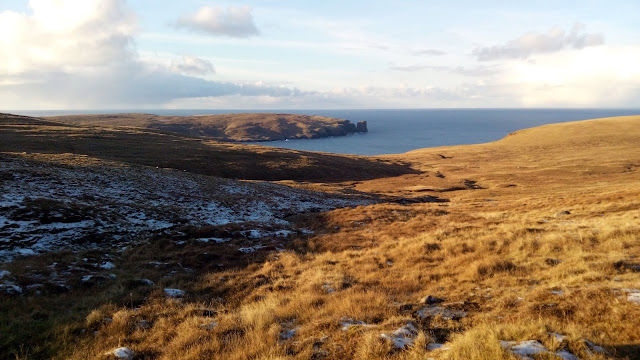 We saw plenty of white hares, but not the elusive snowy owl that's been on Ronas Hill this year.

Looking over Hillswick Ness with the Drongs visible on the right... 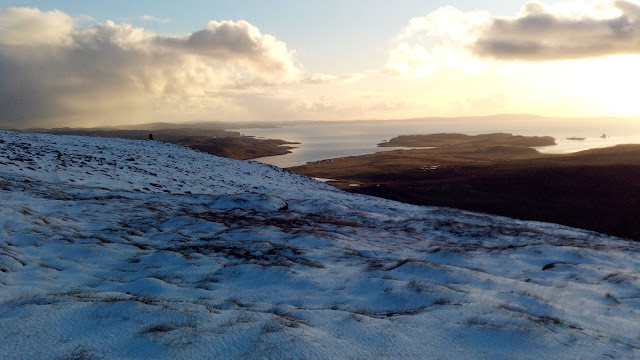 Looking down Ronas Voe to The Faither... 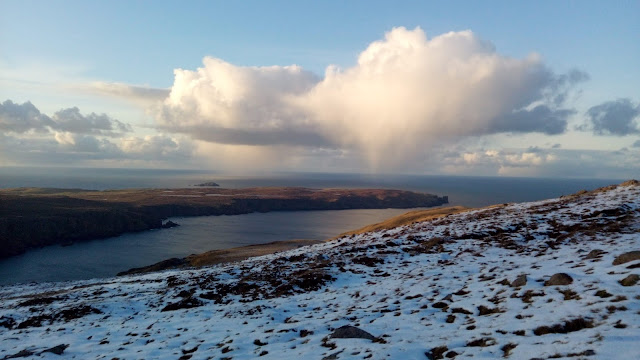 And again from the cairn at Abram's Ward... 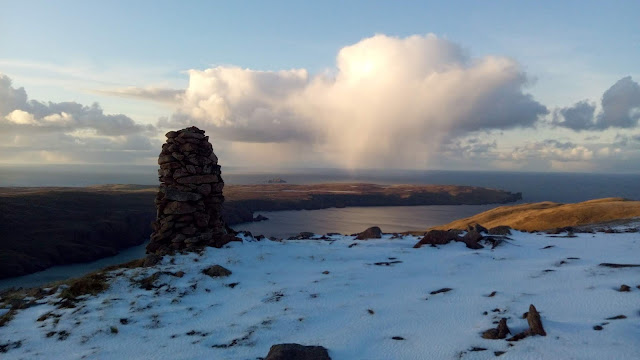 Vaguely contouring the southern slopes we soon had Collarfirth Masts in sight, but it would take us a good bit of rough walking before we got there, just as the sun was setting and the near full moon was rising. 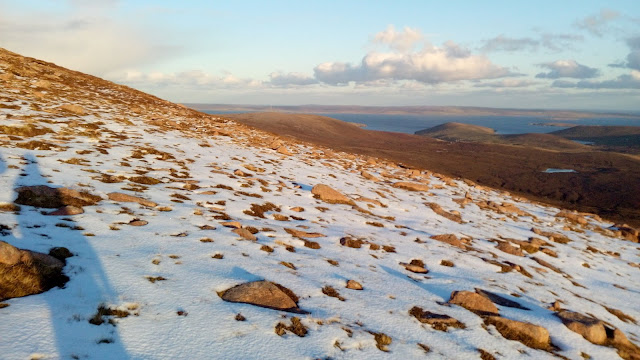 All in all a great day out! My new knee behaved well and I think my surgeon would be happy with his work knowing I've been able to do this about 16 months after my replacement.

I am pretty tired though!