So the day has come I finally got to see an Orca properly. Not been butchered like in Greenland and not a vague fin in the far distance, but at times a stones throw away! This morning Clare and I had been on a ride down the south end down past Levenwick, Boddam, around Spiggie and Bigton and back. When we got home orca alerts told us that a pod had basically been trailing us down the east coast and back up the west! Just typical! 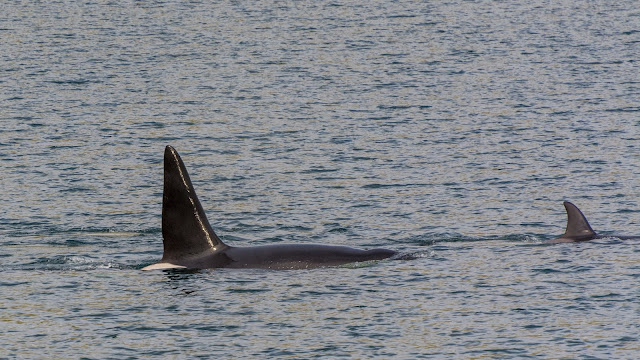 Then some time after tea I heard they were in Clift Sound. We decided to go and have a look, fully expecting that my presence would mean they'd go elsewhere. Parked up near Trondra brig I was sure I could see a big fin from time to time right down at the end of East Burra, but we got another report they were at Banamin, so we set off for there. 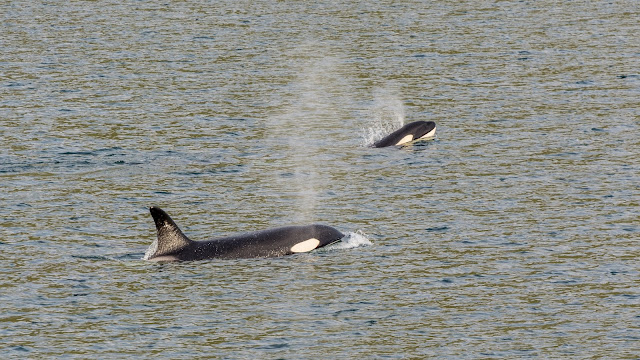 Arriving at Banamin no one could see them. Then another report they were near the East Burra shore base. So, off we went... 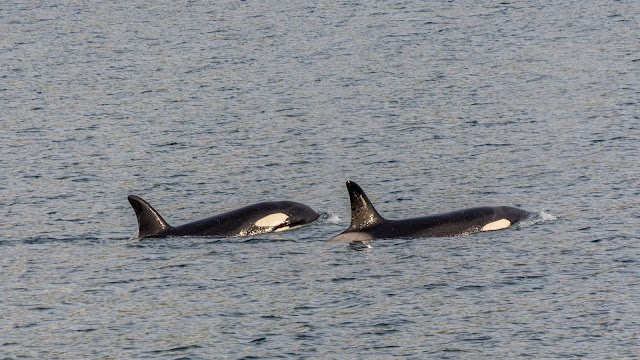 At East Burra in Clift Sound where I'd seen the fin earlier we saw them! 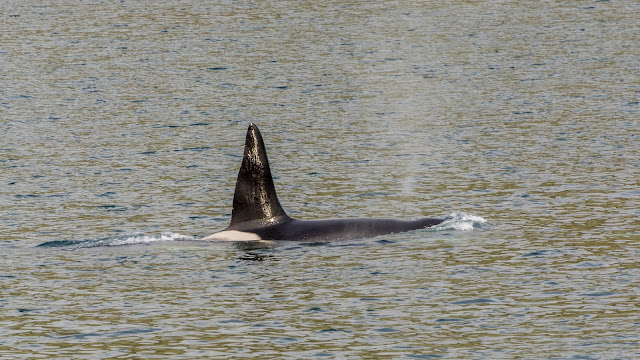 It was pretty wonderful! 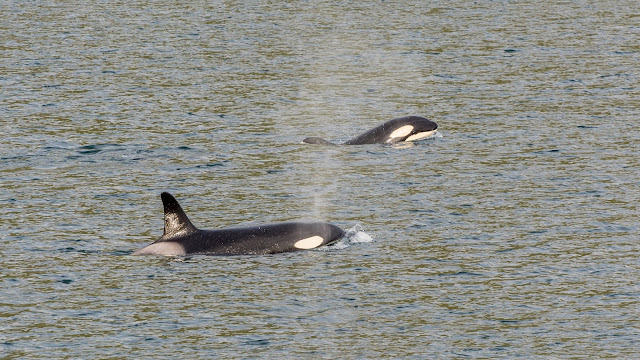 The guy with the drone must have got some amazing footage... 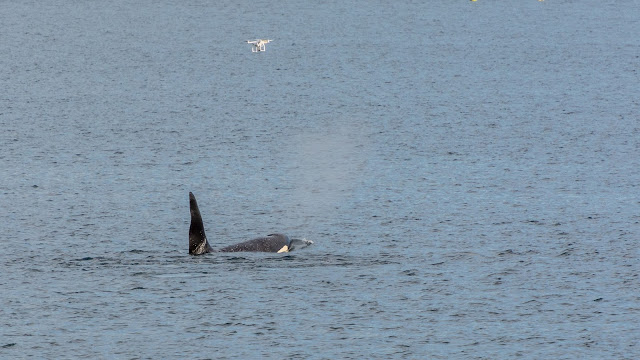 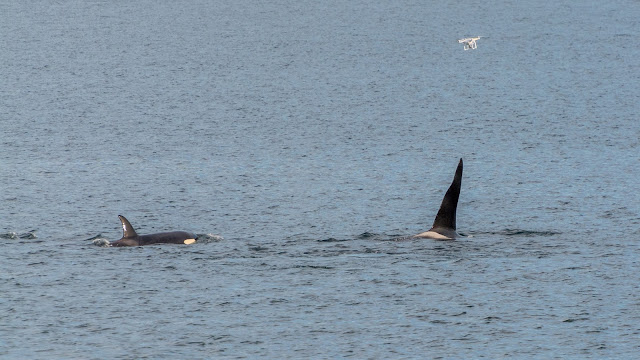 But Clare and I and the rest of the people on the shore were more than happy to see them so close and on such a still and gorgeous evening.

They soon started heading south down the coast... 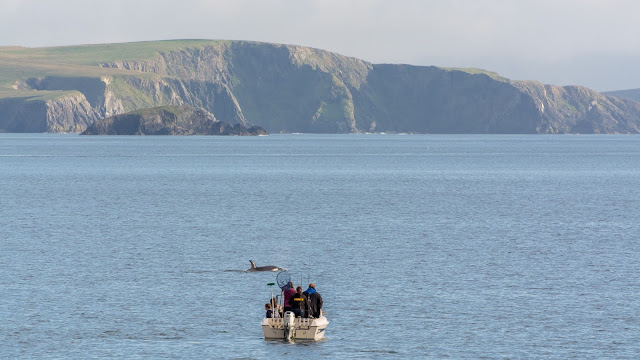 And so close to these lucky viewers they could practically hitched a lift... 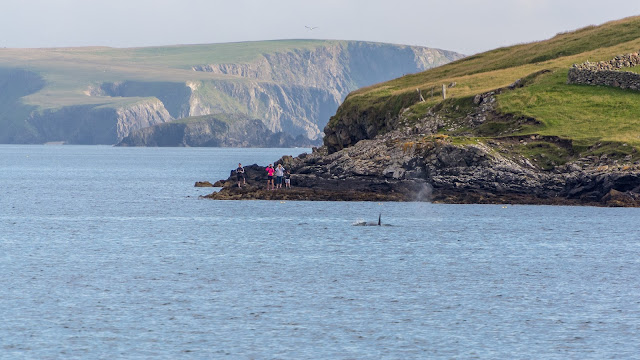 A pod of 5 Orcas swimming off in to the distance... 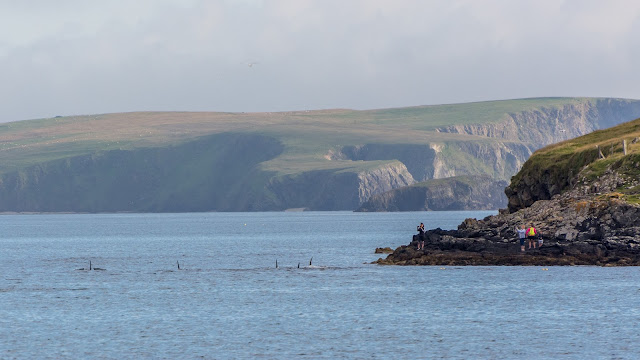 What a beautiful end to the weekend!