I've had a trip to Fair Isle booked for a week. I've also had my fingers crossed that the weather would be fine for a week too! 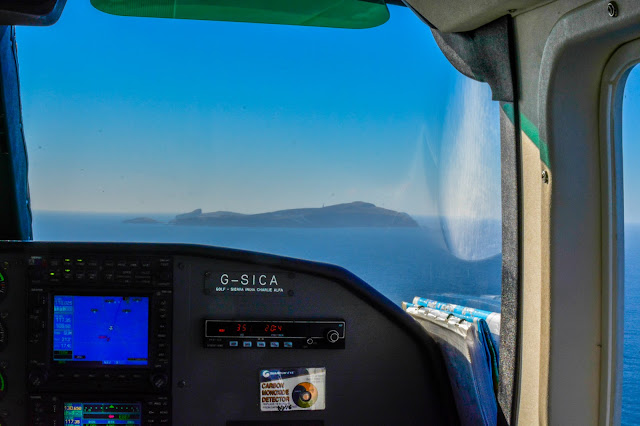 So, when I got up this morning and saw clear blue skies I could hardly believe my luck. 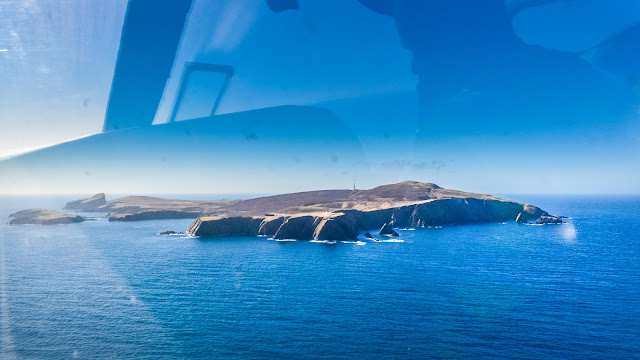 Blue skies, little wind and a hard day in the office ahead. 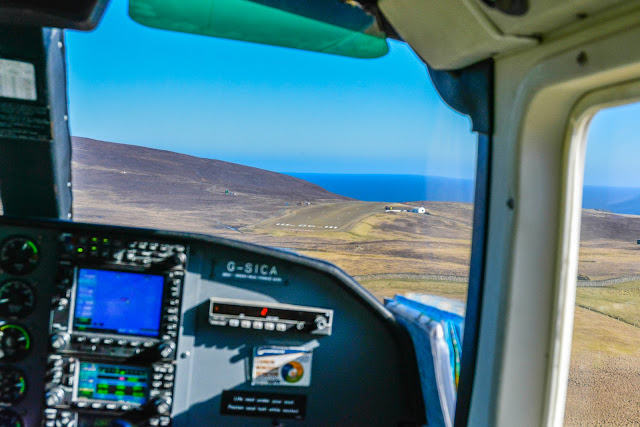 My main reason for going was to install a people counter on one of the stiles on the core path around the coast. I also checked on the other stiles whilst there and took some photos of a development for a colleague.

Looking south down the east coast... 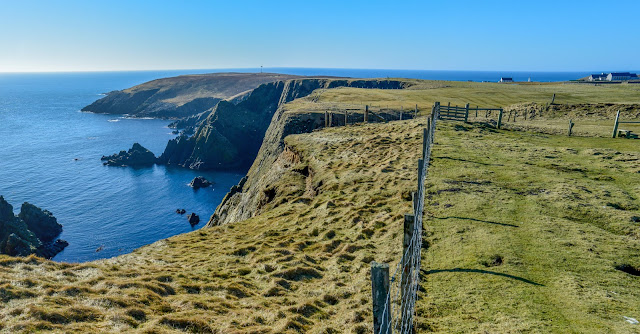 I really like this photo looking towards Malcolm's Head from near the shop... 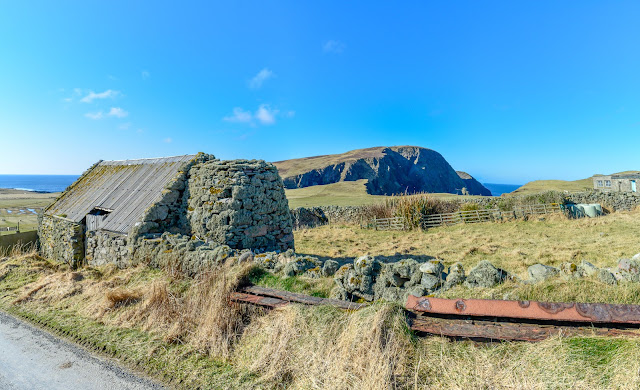 Sheep Rock to the left, the Kirk to the right... 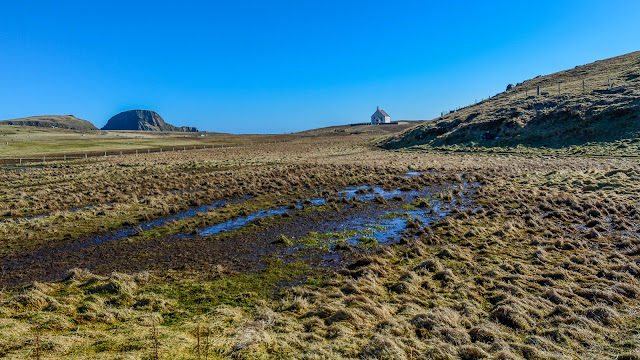 It really was a stunning day and this was my lunch time view. Not bad...

And I spied this feral cat who'd been looking for it's lunch too, in and out of rabbit holes and up and down the cliff... 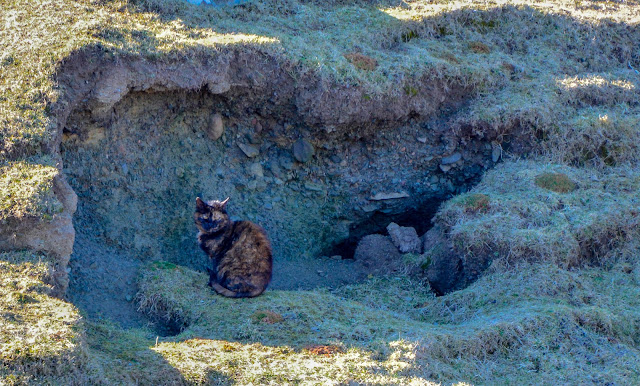 I could hear sky larks above and the cliffs were filling up paired up fulmars... 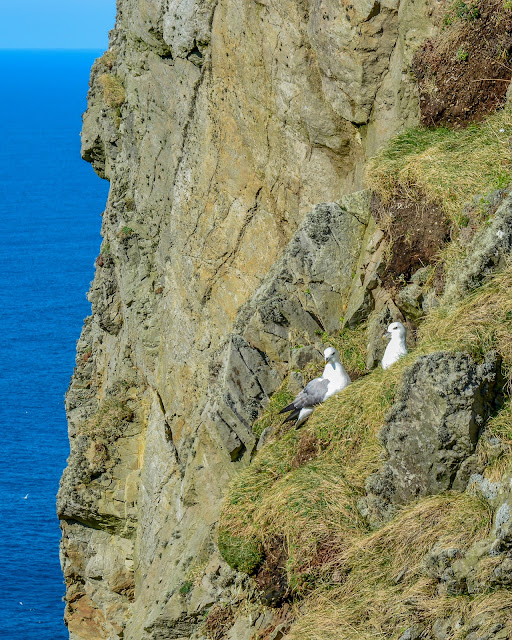 Looking down from Ward Hill towards the north light... 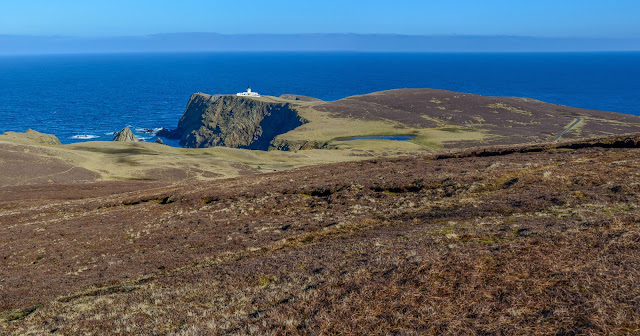 And looking down from the plane home to the north light... 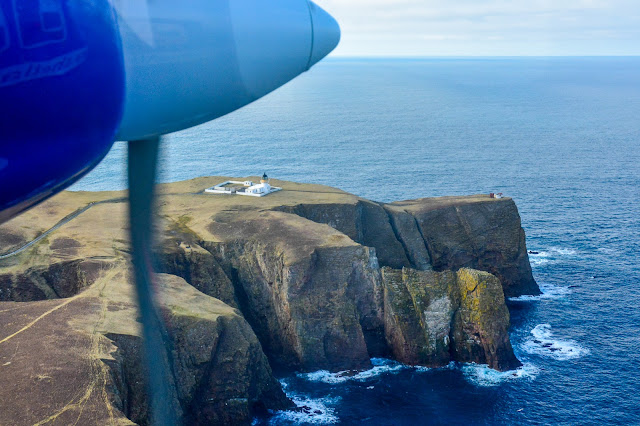 It'll probably be another year before I get back there for work. I hope it's just a nice then!

Nice day for a long ride.

The day got off to a wet and grey start, but by 10am it was brightening up and looking to be a good day, so I set off for a long ride to Sumburgh Head and back via various side roads. 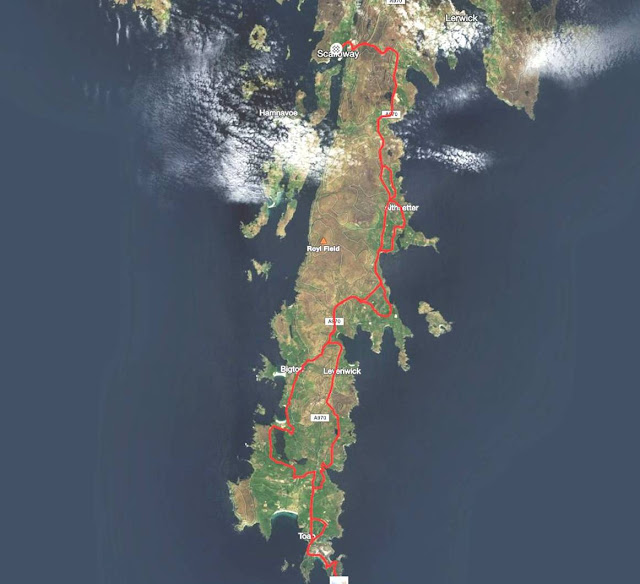 Heading past the Loch of Cumlie... 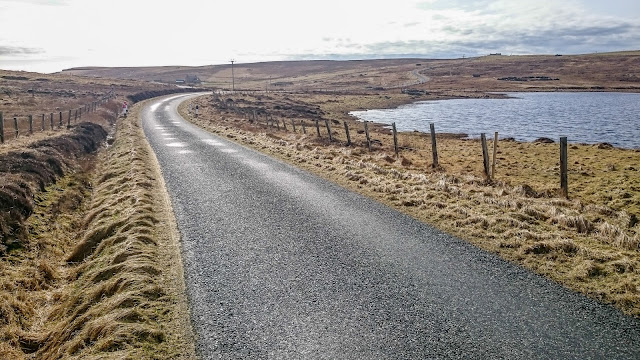 A quick breather and photo opportunity before I decided whether I was up to the steep climb to the top. 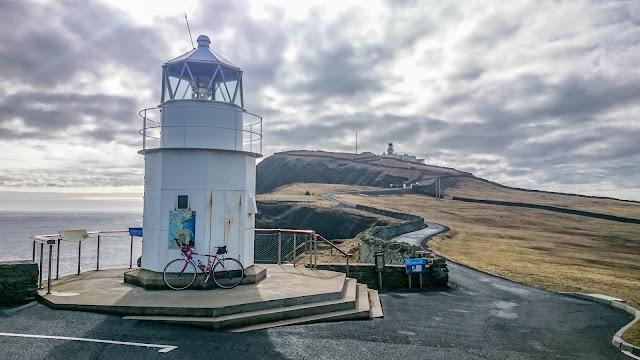 After going to to Sumburgh Lighthouse it was a whiz back to Sumburgh Hotel for some sustenance. The ride south had had a stiff headwind all the way and I was knackered. A steak baguette and chips went some way to filling the reserves... 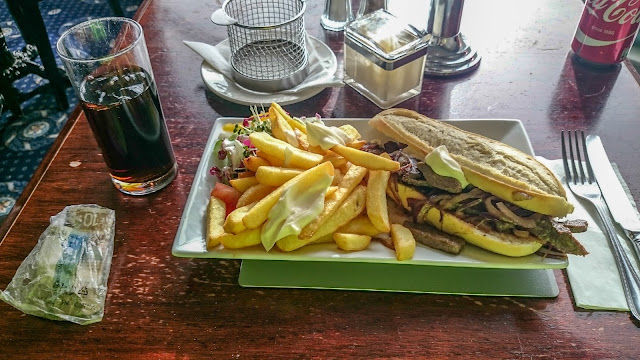 But by the time I started off back north the wind had veered around to westerly and though that shouldn't have been a problem the voes and hills up here do nasty things with the wind, so I had another head wind pretty much the whole way home.

98km and around 5 hours after I set off I was back home. I was totally exhausted and despite the desire to do another 2km make make the day a round 100km I just couldn't face it.

I'd better man up and get used to it though as in 4 weeks I'm off for a 3 or 4 day off road bike packing trip with a friend from Kyle of Lochalsh to Inverness via a number of highland glens and The Great Glen Way. I won't be doing 100km a day, but it will be off road and carrying camping gear. I never learn :)
Posted by Moder-dye at 17:03 No comments: Links to this post

A brief encounter with a pair of otters 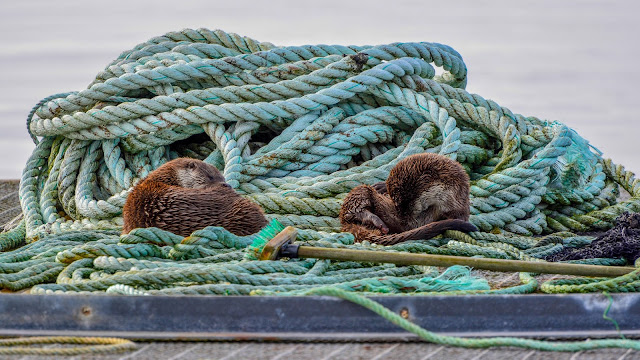 I was on Papa Stour today and after installing a people counter on and looking at a stile that needed fixing I went out to some other parts of the island. 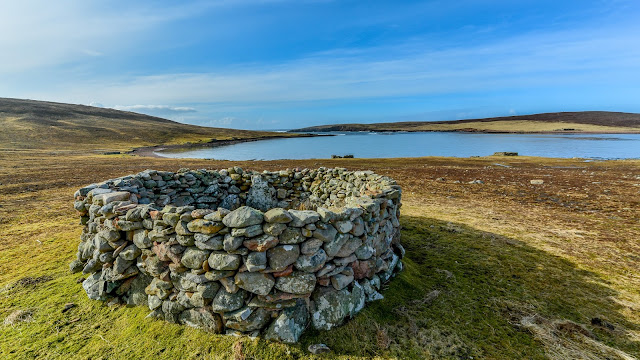 Just as I was going to sit down for some lunch near a planti-grub I noticed some movement in the water below it and was lucky enough to see two otters slinking into the water. They didn't quite see me, but knew something was there as they snorted and sniffed the air before settling back to their foraging. I watched them go over to an old pontoon and managed to sneak up close to them to get this little bit of film before they went off elsewhere hunting.


I kept an eye out for them as I continued on my travels and later on saw an otter heading for an old mill and lost it there. Though I think it might have had some where to hole up in the ruins. 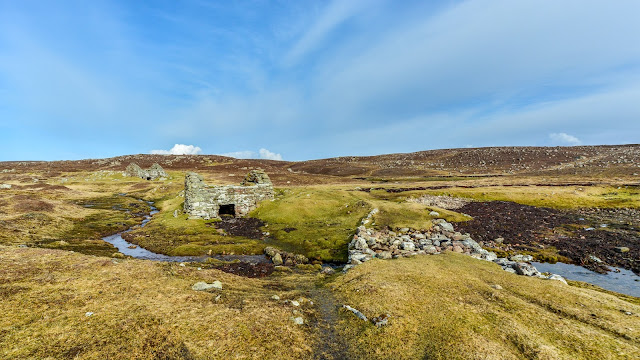 Not a bad day at the office!

We had a good show of northern lights the other night... 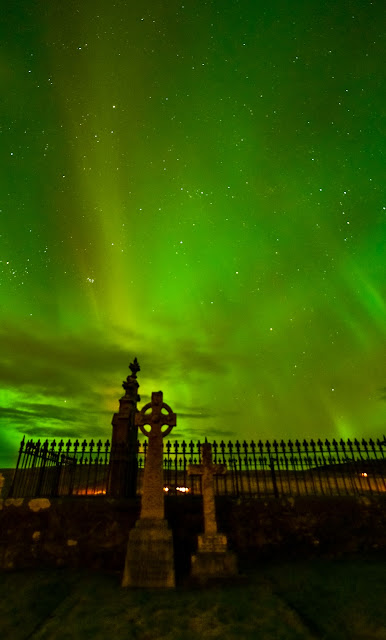 I wasn't really in the mood for going out to any new locations photos; too tired after a day of gardening. So I just drove down to Tingwall Kirk... 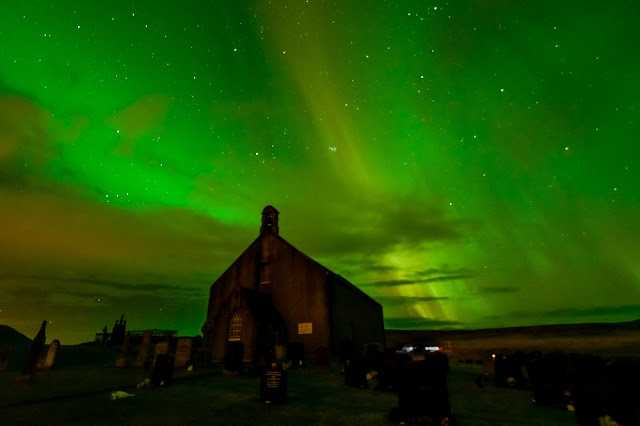 I saw a reporter for the Press & Journal on Facebook asking for people who were happy to to submit some photos to him for the paper, so I did. Little did I know that as well as being in the paper copy (along with lots of other photos) they went on to be shown in the ITV news and the their on-line sites. I know they were shown in Scotland, Northern Ireland and back home too as people on Facebook told me. So Mam, if you missed the 10pm ITV  news the other night, you missed seeing my photo on it, some one in Loftus saw it and told me!

Off to Papa Stour tomorrow, but I doubt I'll be as lucky as last time I was there...


Posted by Moder-dye at 18:00 No comments: Links to this post