With fine weather forecast and Clare and her Mam off to a yoga weekend on Unst Beren and I decided to set sail for Papa Stour for a little over night camp. 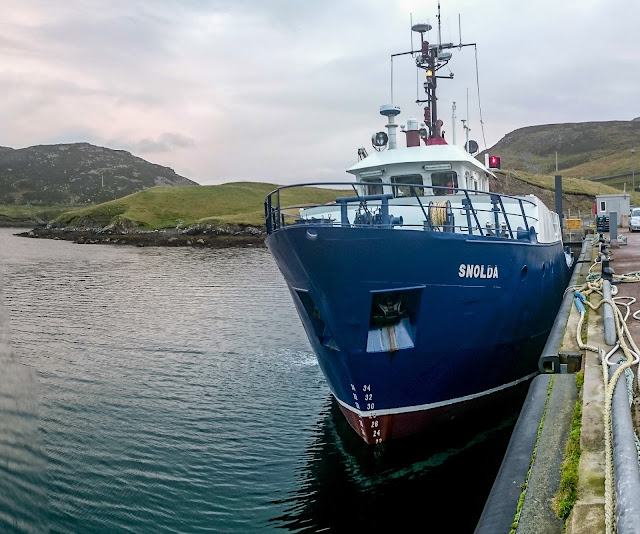 Beren was determined to carry his own stuff. That's a first; normally I carry everything and he his own rucksack full of toys. This time he managed to carry one of my smaller rucksacks with his sleeping bag, kip mat, clothes and toys! 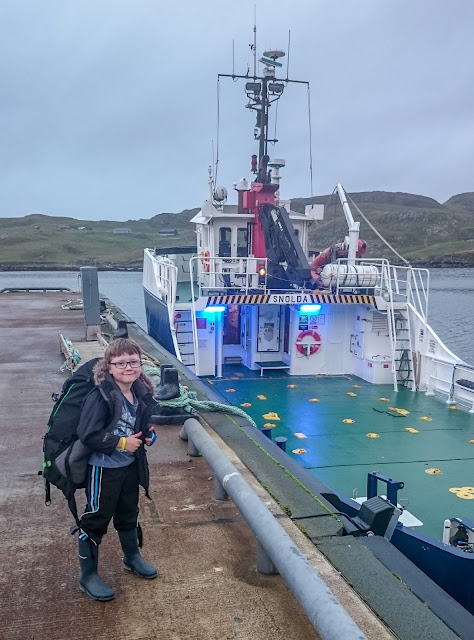 We also took the bikes across... 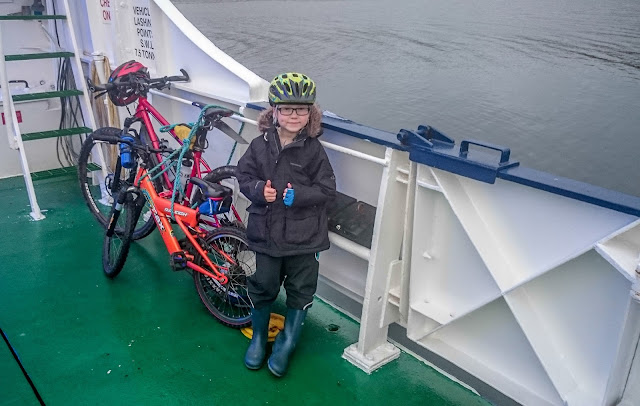 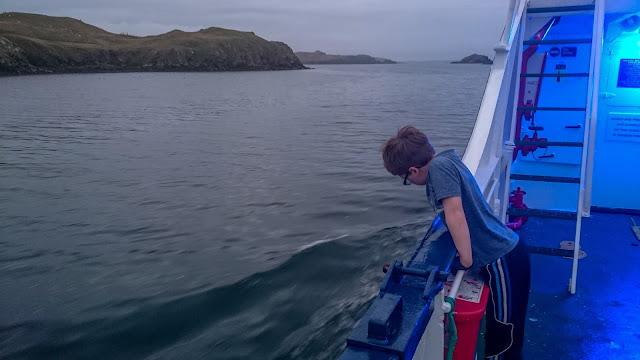 It was dark when we arrived and I decided to put the tent up on the patch of directly just in front of the ferry terminal. It fitted, just! 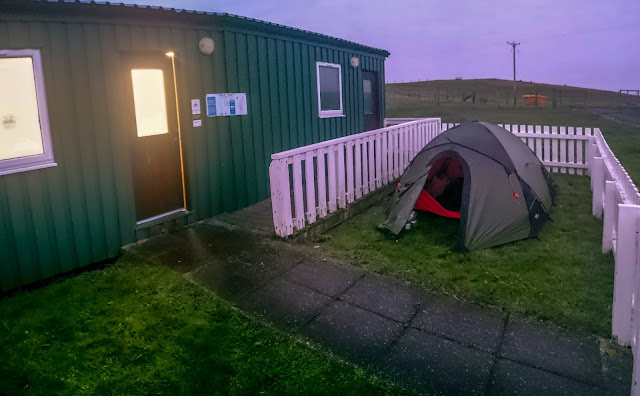 Before it was light Beren was wanting to be up to go fishing. I'm no fan really, but I persuaded him to wait a little while and have some breakfast first. 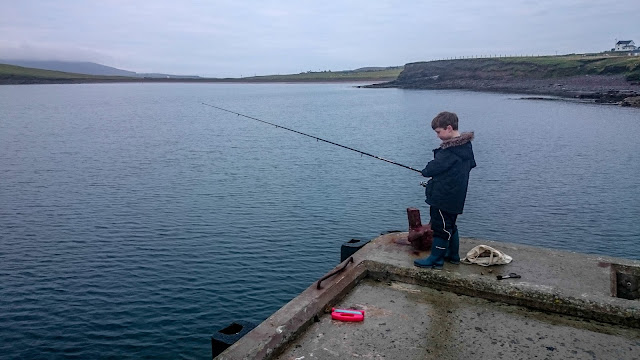 With all the seals about there wasn't likely to be many fish, though we did see some that were too small for the hooks we had. We did catch lots of crabs though! Probably a dozen in all, though we put them back... 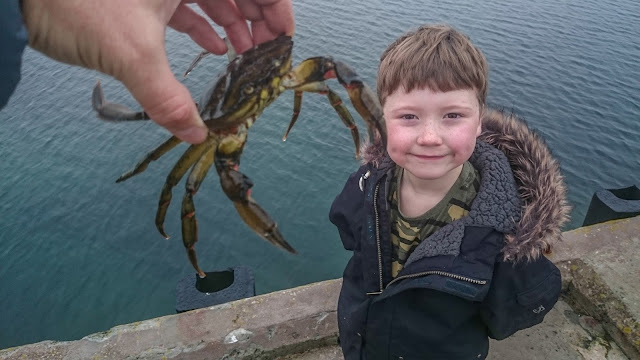 Beren was happy enough catching crabs, though he said he likes catching the fish so he can look at all the colours on them. Eventually even he had got bored of it, phew... 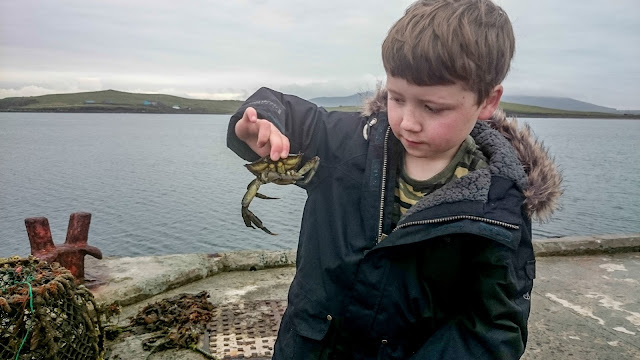 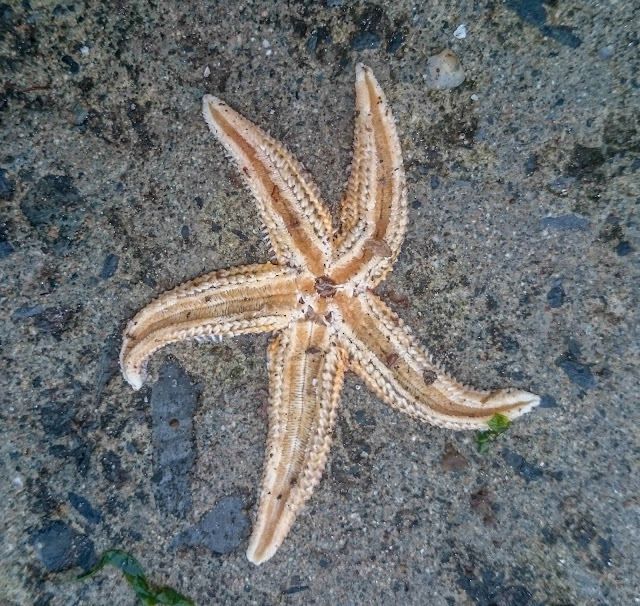 Looking to Maid Stacks and North House from the pier... 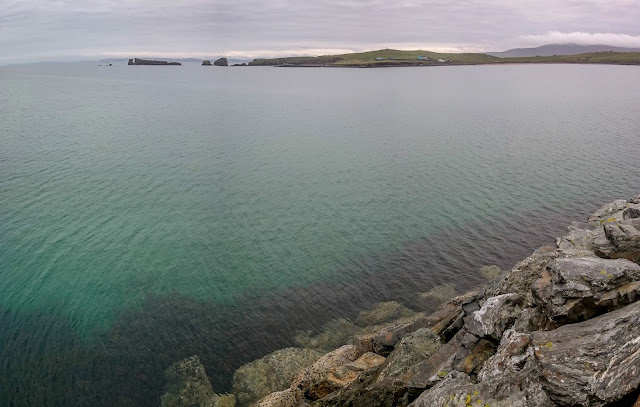 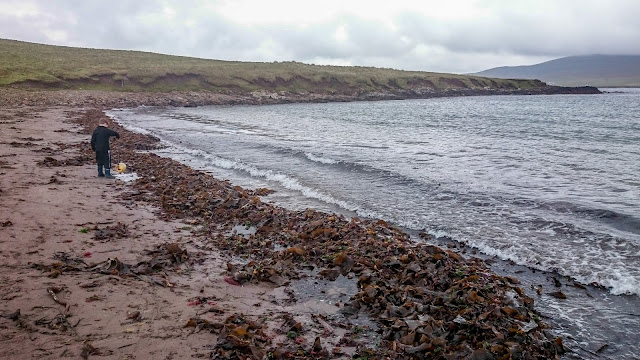 We were amazed by the size of some of the limpets we saw; very high cones... 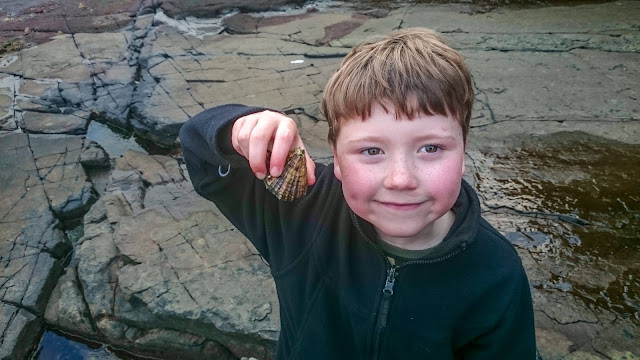 After a bit of beach combing we went for a ride to the airfield and some other beaches nearby.

While out we met a family from the island with a little boy a similar age to Beren and went back to their house for a cuppa while Beren and the boy played. He showed us their Quail chicks, very cute! 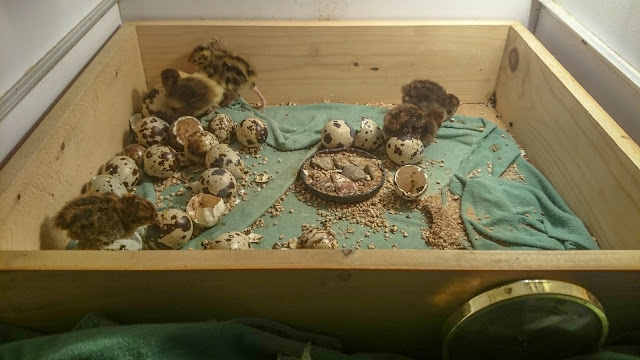 On the long red beach that stretches from the ferry terminal to North House there were around 26 seals hauled out! When they saw us coming they soon scarpered, but that left the beach free for some more wandering with Beren collecting all sorts of tat that I hoped he'd forget and leave behind.

It also gave us a chance to do a bit of stone skimming with good flat stones that are on that beach... 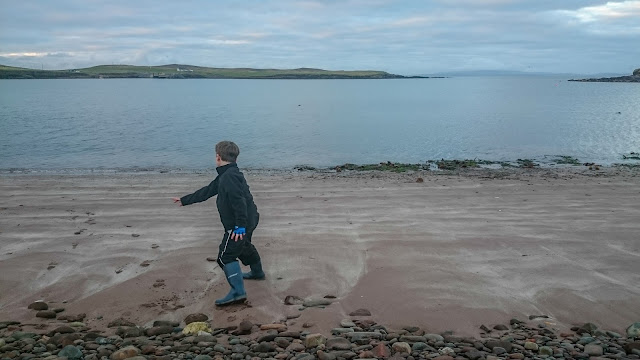 All too soon it was time to be packing up and getting the evening ferry back to our nice cosy house, not like these little darlings... 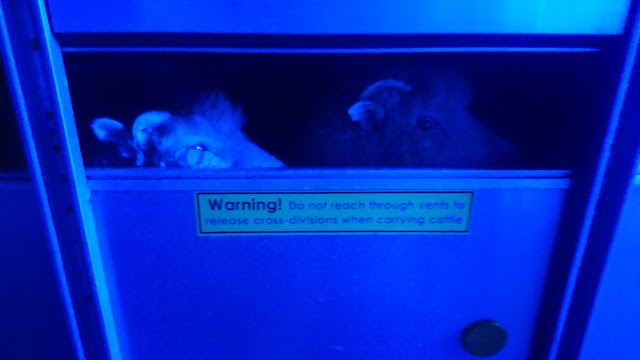 You never know we might get away again this year, but it's going to be a lot more night than day soon and all that time in a dark tent with a 7 year old would be a bit challenging!