After another period of weeks without being able to do much due to back problems things are finally on the up and despite an iffy forecast I decided to take my new bike out for a ride on from North Roe out to the coast at Da Lang Clodie Wick. 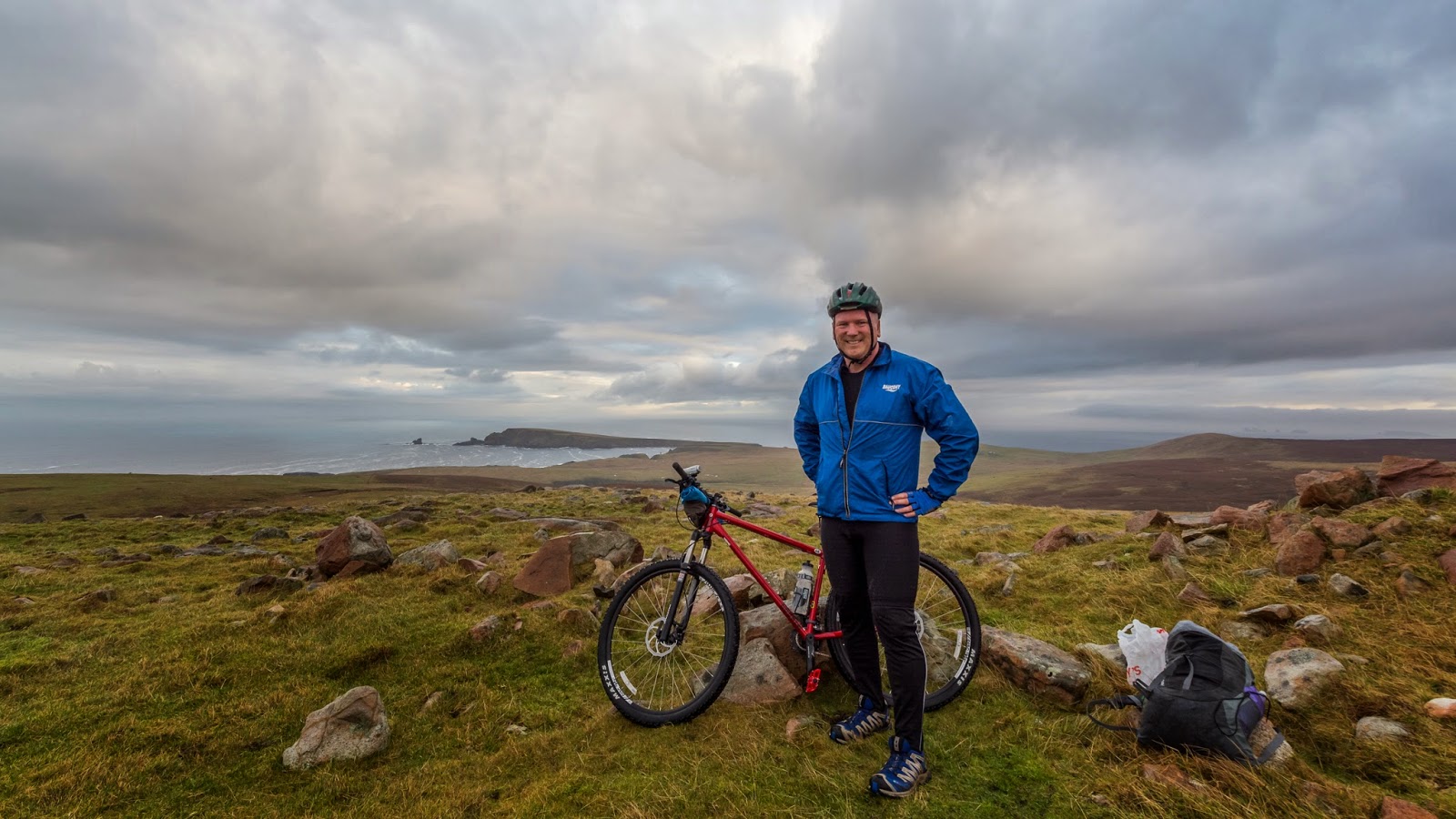 The ride was about 20km in total with sections that were either unrideable due to my fitness or the waterlogged tracks and ground. To be fair, even in the summer, some of it would need a pretty skilled rider to not have to get off and take the bike for a walk. Knowing this I left the bike once I reached the coast and carried on on foot. 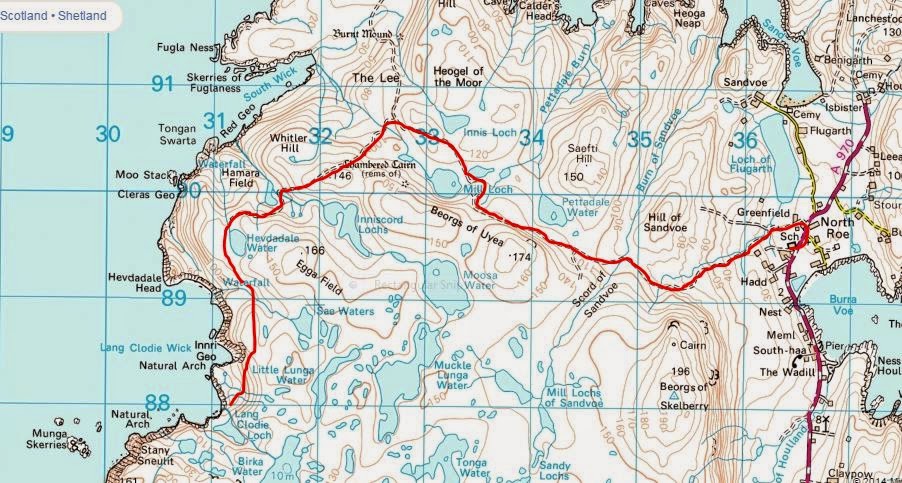 Here's a view of Da Lang Clodie Wick from where I left the bike... 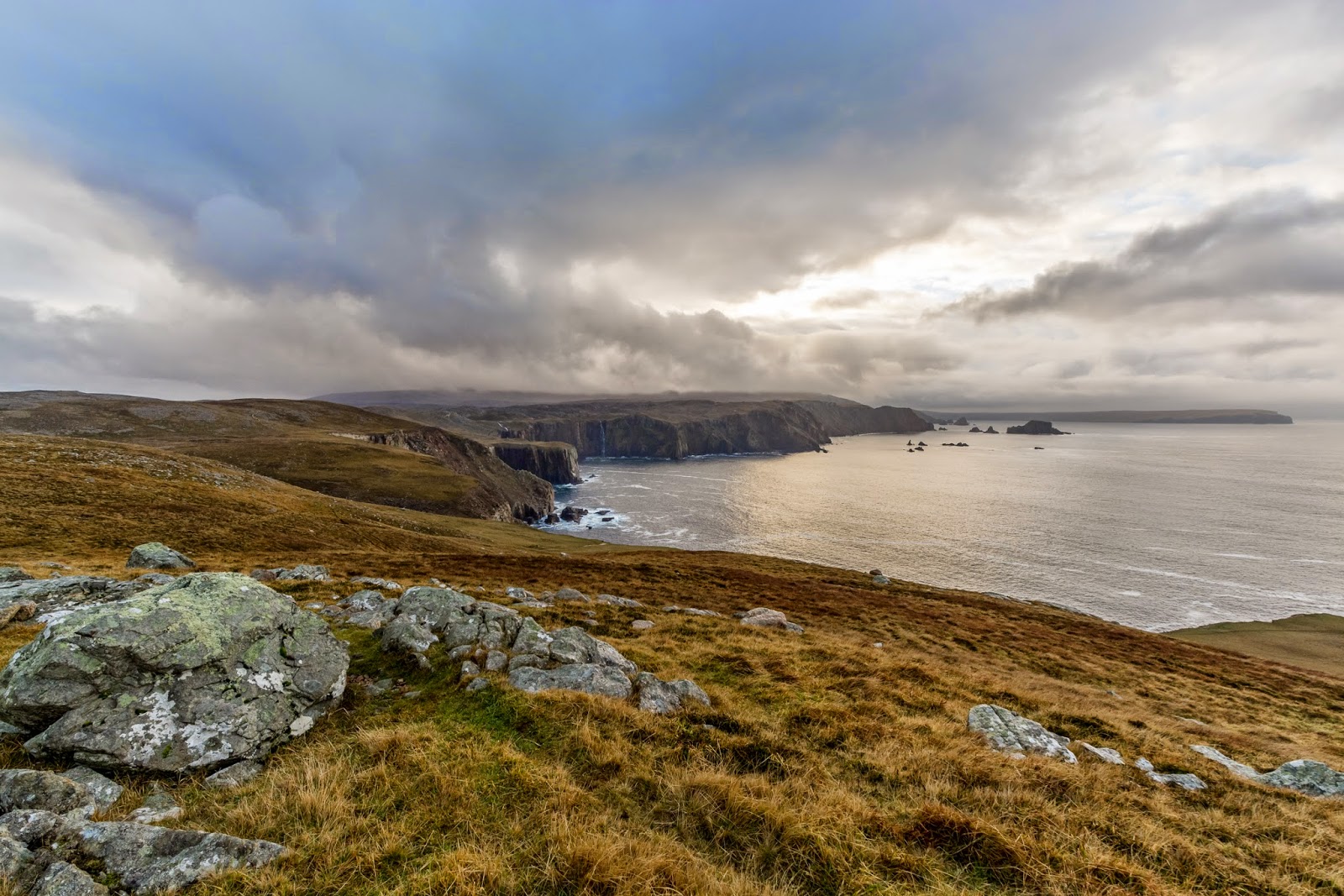 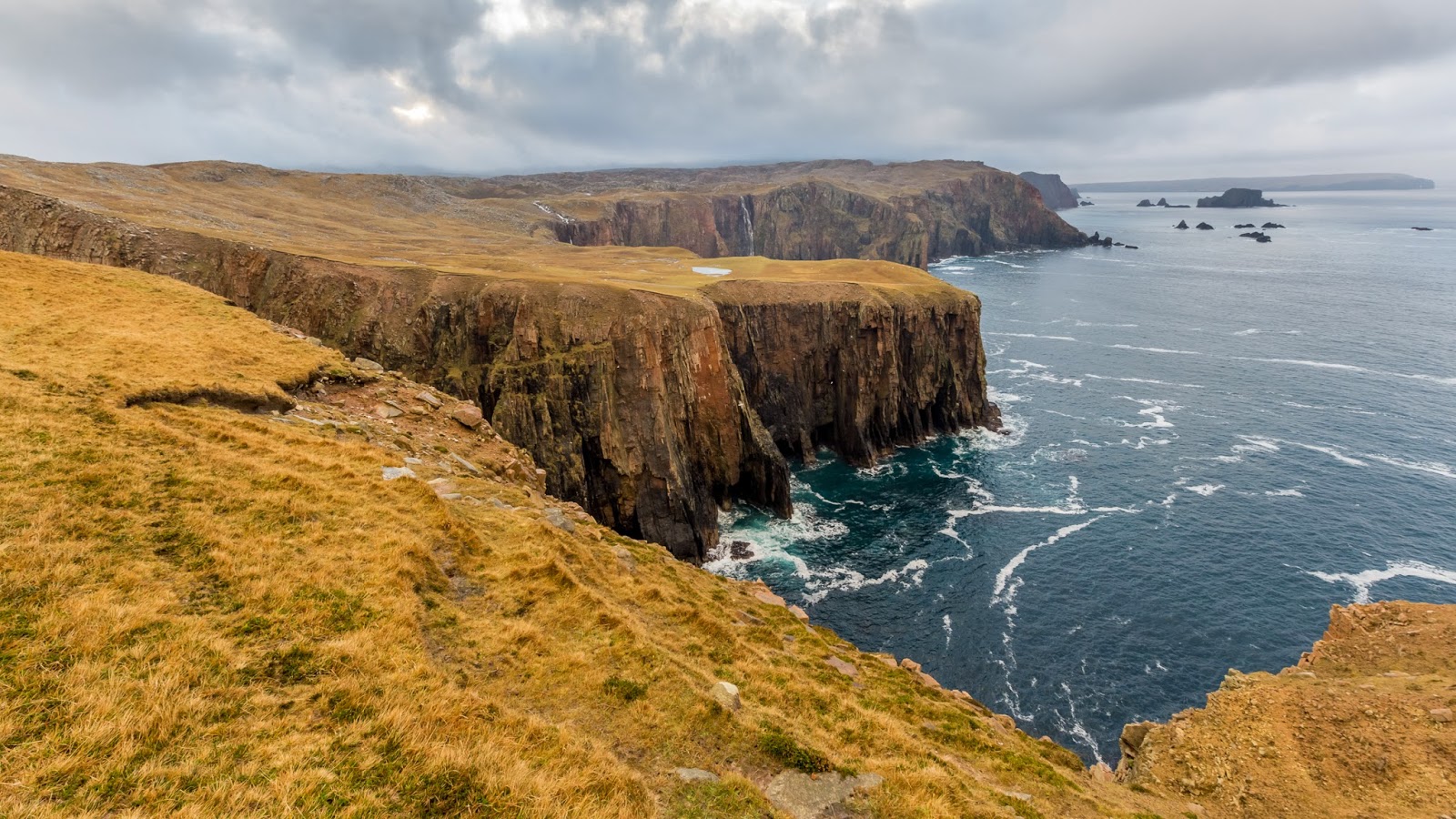 'The pissing horse' not the nicest name for a waterfall, but fairly appropriate... 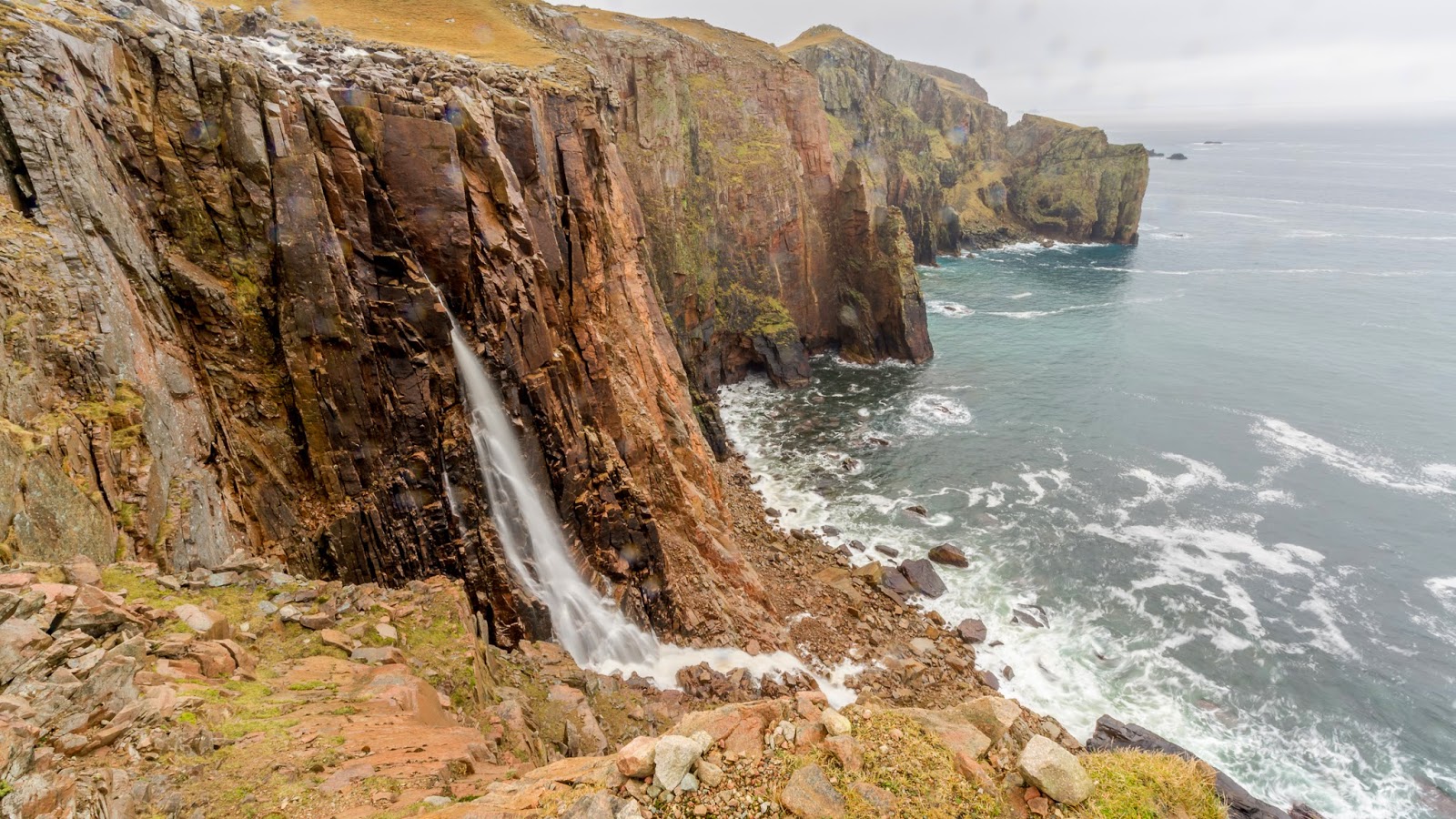 The weather came in a bit as I was on my way back to the car so I'm glad I didn't stay too long. As it was I was soaked and caked in mud by the time I arrived back in North Roe. A great ride out there, but I wouldn't complain if it had been a bit drier and even warmer! 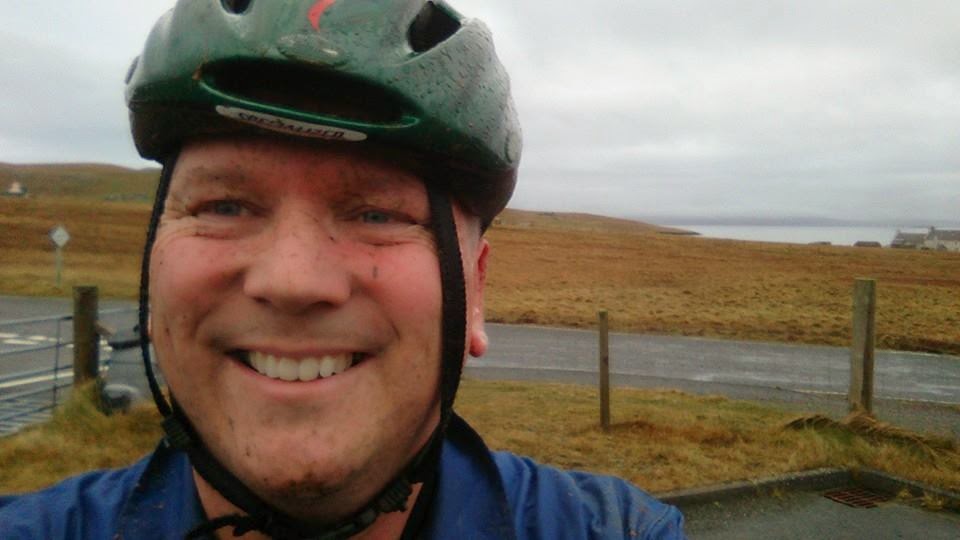 Here's a short video of my trip out there...

I'm back in the land of bad backs so it's been another pretty lazy weekend. Saying that we did get up to the Witch's Ward above Scalloway... 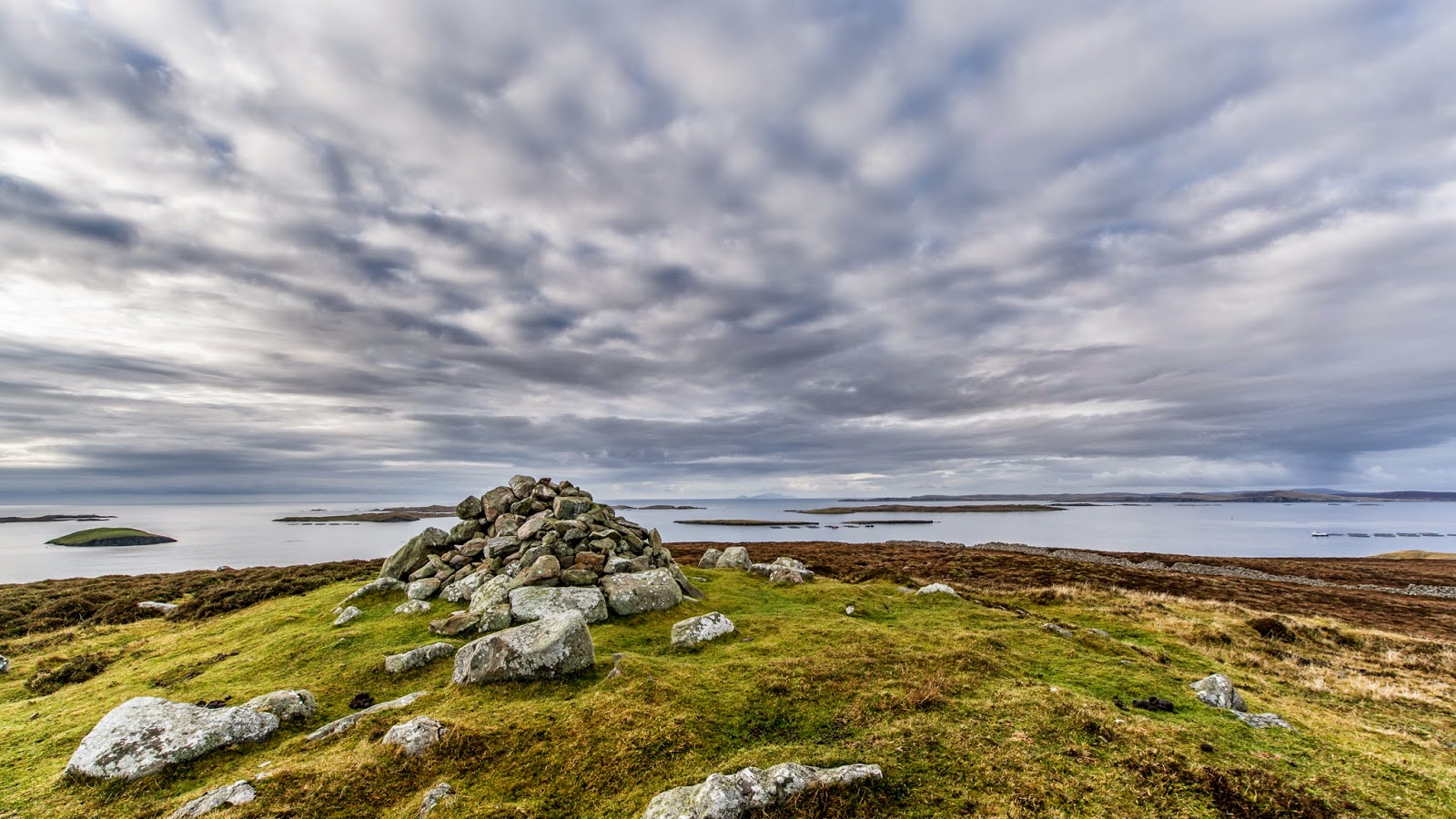 It was a lovely day after the horrendous weather at the end of the week and Beren wanted to show us where he'd be told people were buried up there! If they are they've got a great view... 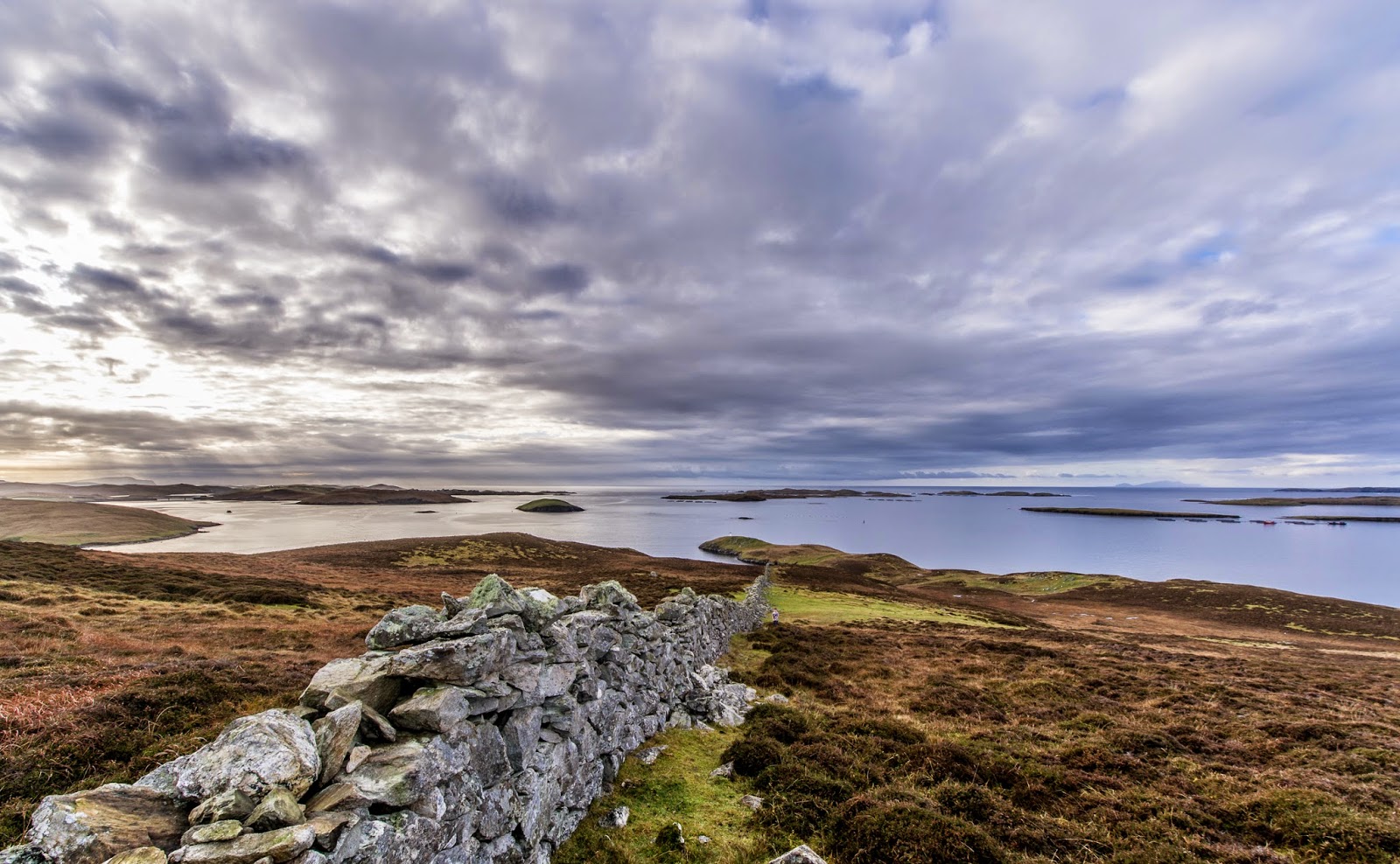 Later today I popped in to see a friend which ended up with a short motor out along Olna Firth, a couple of lines dropped (and two tiddlers caught), a grounding on a rock and a lovely sunset as we motored back to Voe... 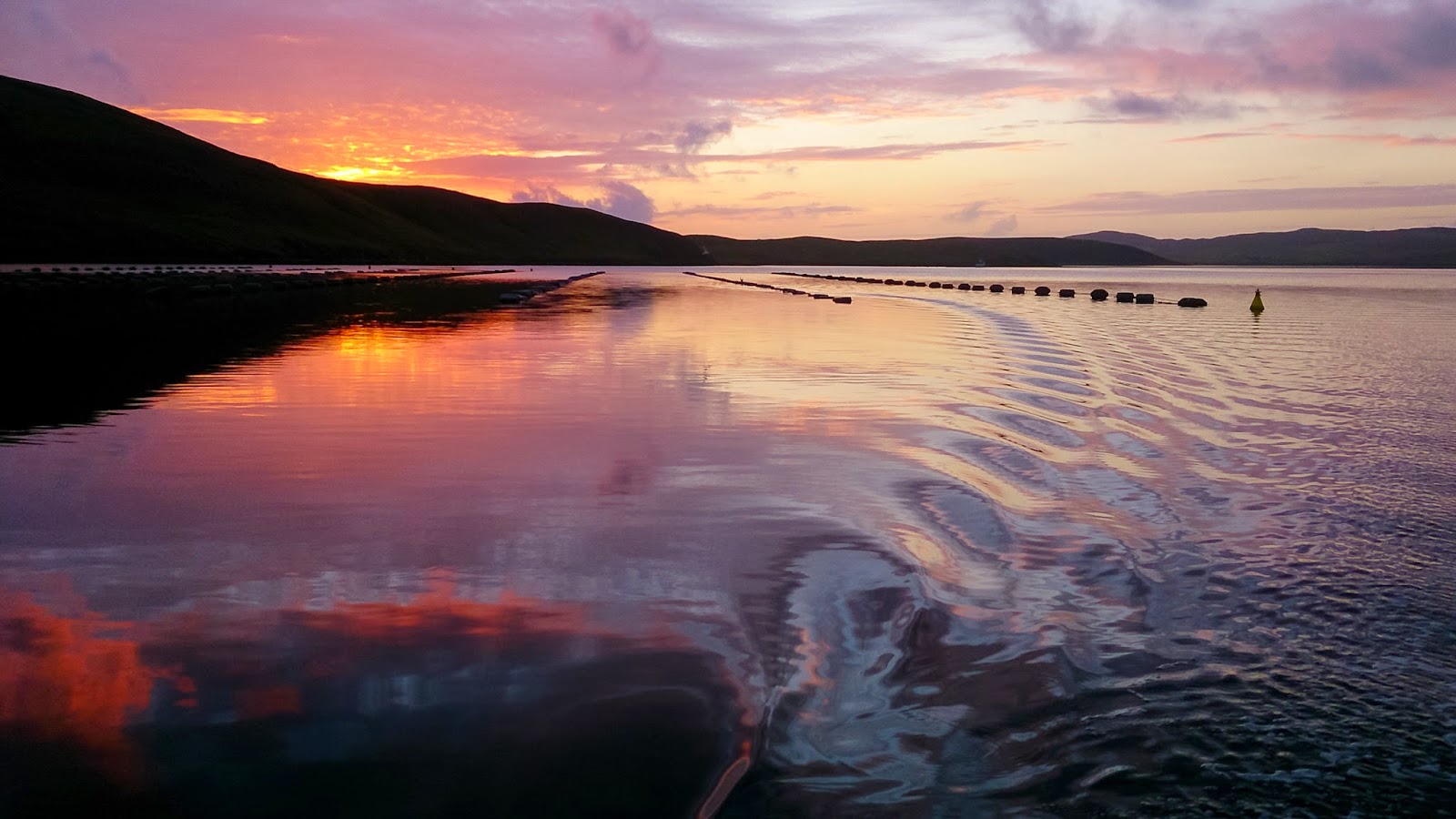 I also took Beren to the little bike track at Sandwick on Saturday. Considering he's a been a late starter on his bike he's getting quite confident, in fat too confident for is own good at times!

Hill of Arisdale and the catalina memorial; Yell

Yell is one of those places that many people seem to dismiss in terms of landscape, how wrong they are!

I had a few reasons to be up there looking at a path to the Catalina Memorial and other things around the Hill of Arisdale. So setting off from the Burravoe Road I made my way up Aris Dale and was soon greeted to the lovely sight of this double rainbow... 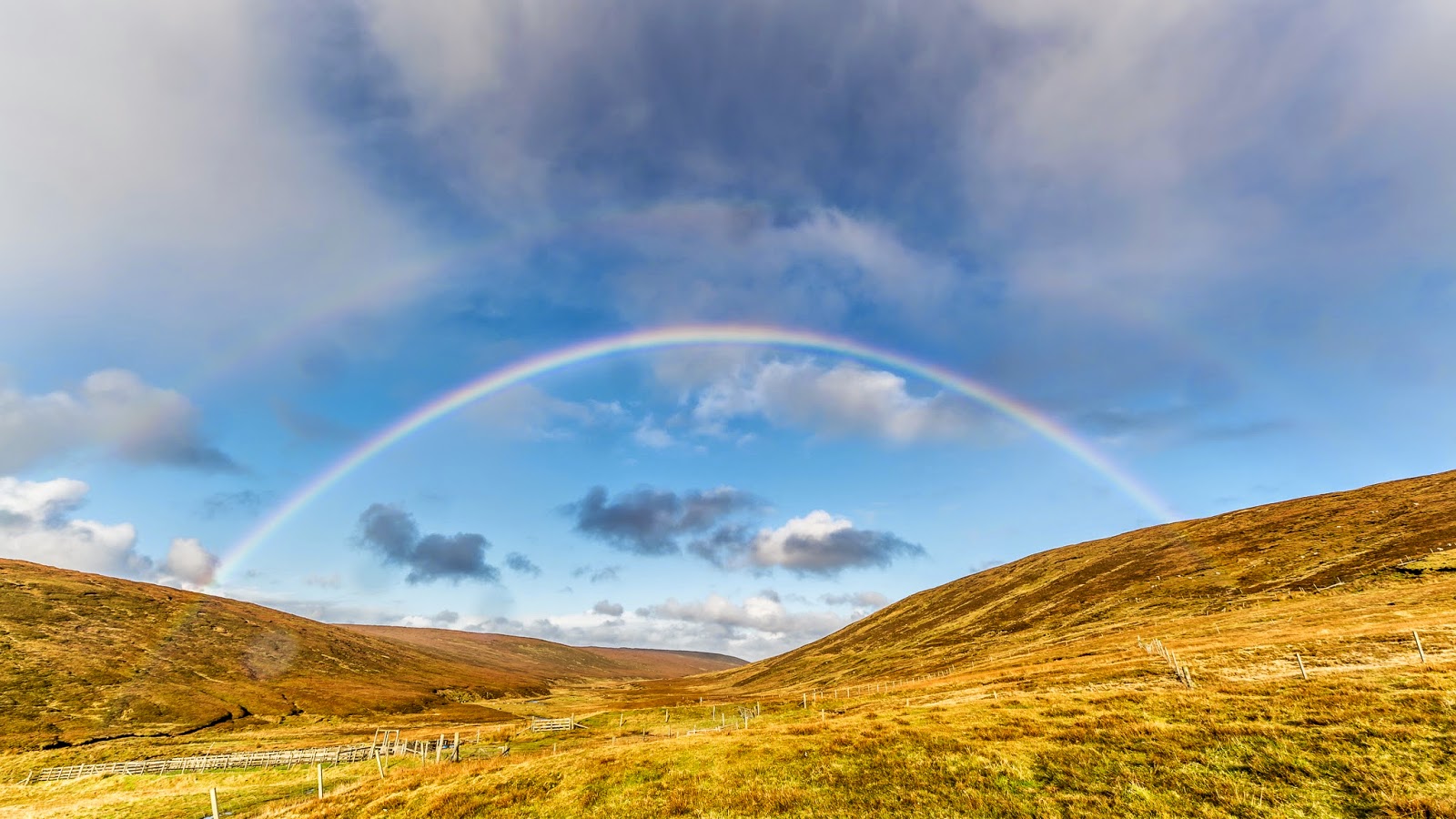 The next 2.5 hours were pretty wet and very windy though. With sodden ground and peat bogs to cross it was hard going, but there's always something to brighten things up like The Burn of Tronamoor that I had to cross... 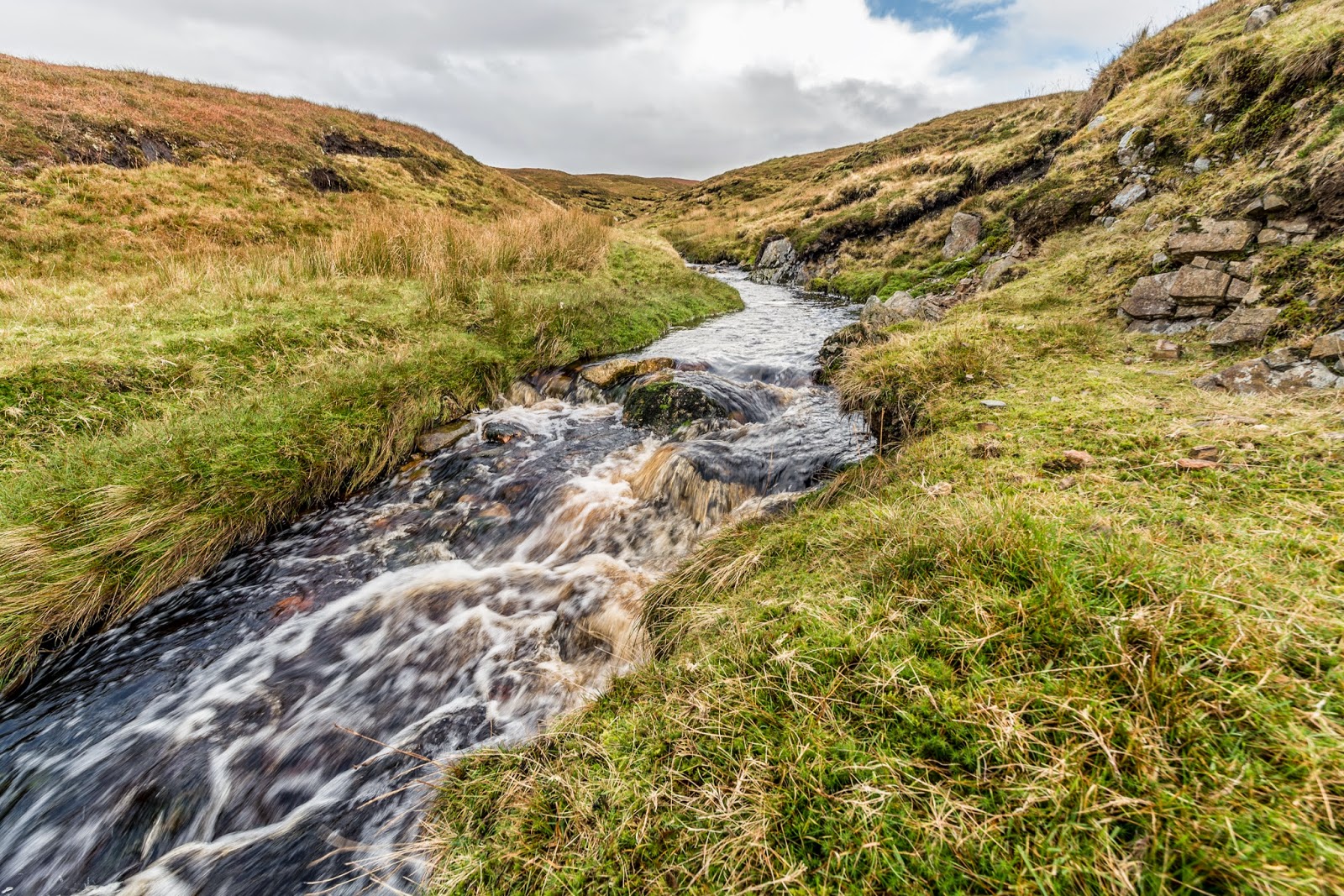 Following the white marker posts across the moor heading into driving rain at times was no fun and it didn't stop once I'd reached the memorial. Luckily my camera phone is waterproof so I got a few of the remains of the wrecked catalina. The boat plane crashed on the hills in January 1942 with the loss of seven crew, though three survived. 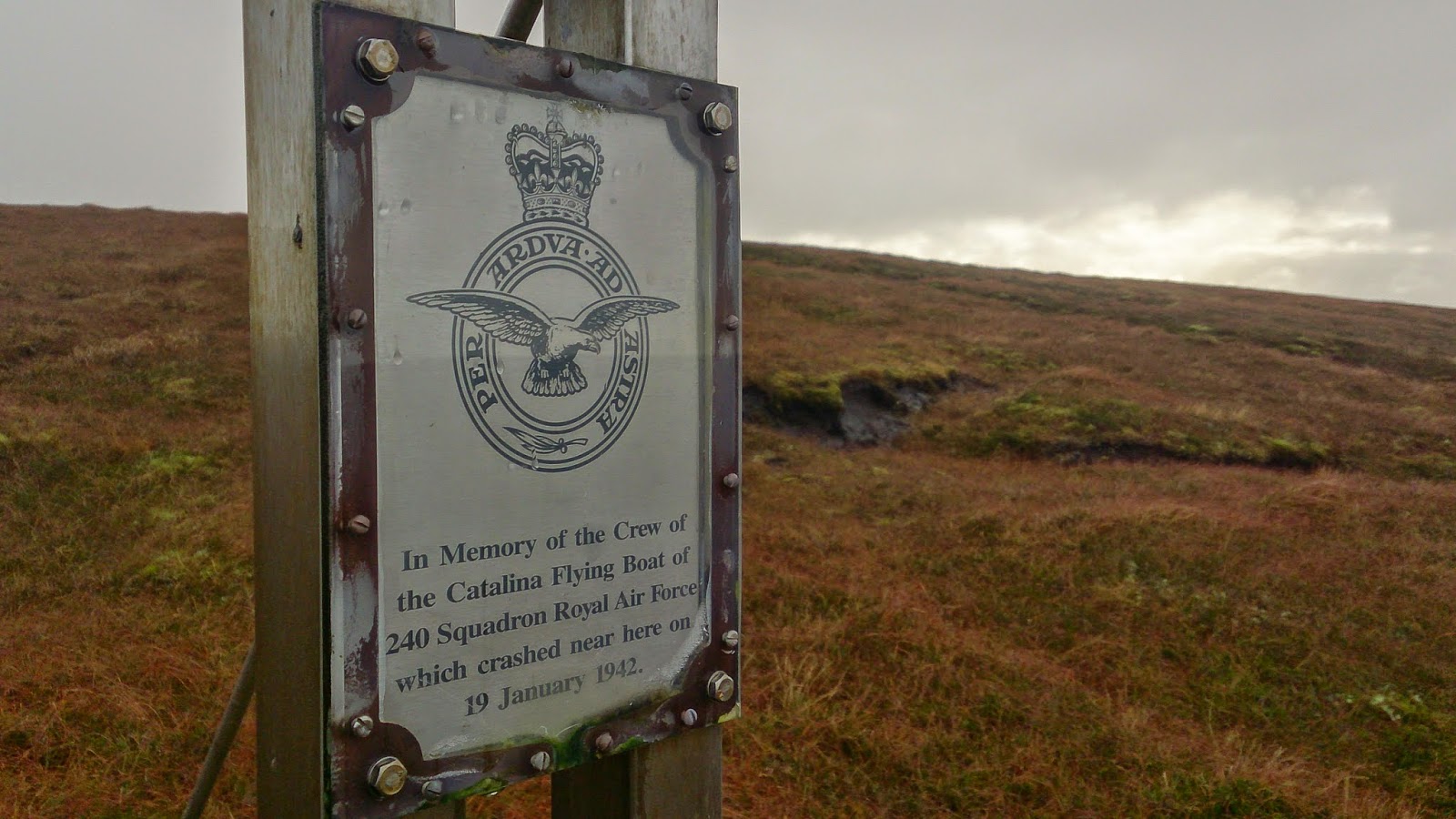 Looking on to the crash site with aircraft remains spread across the moor... 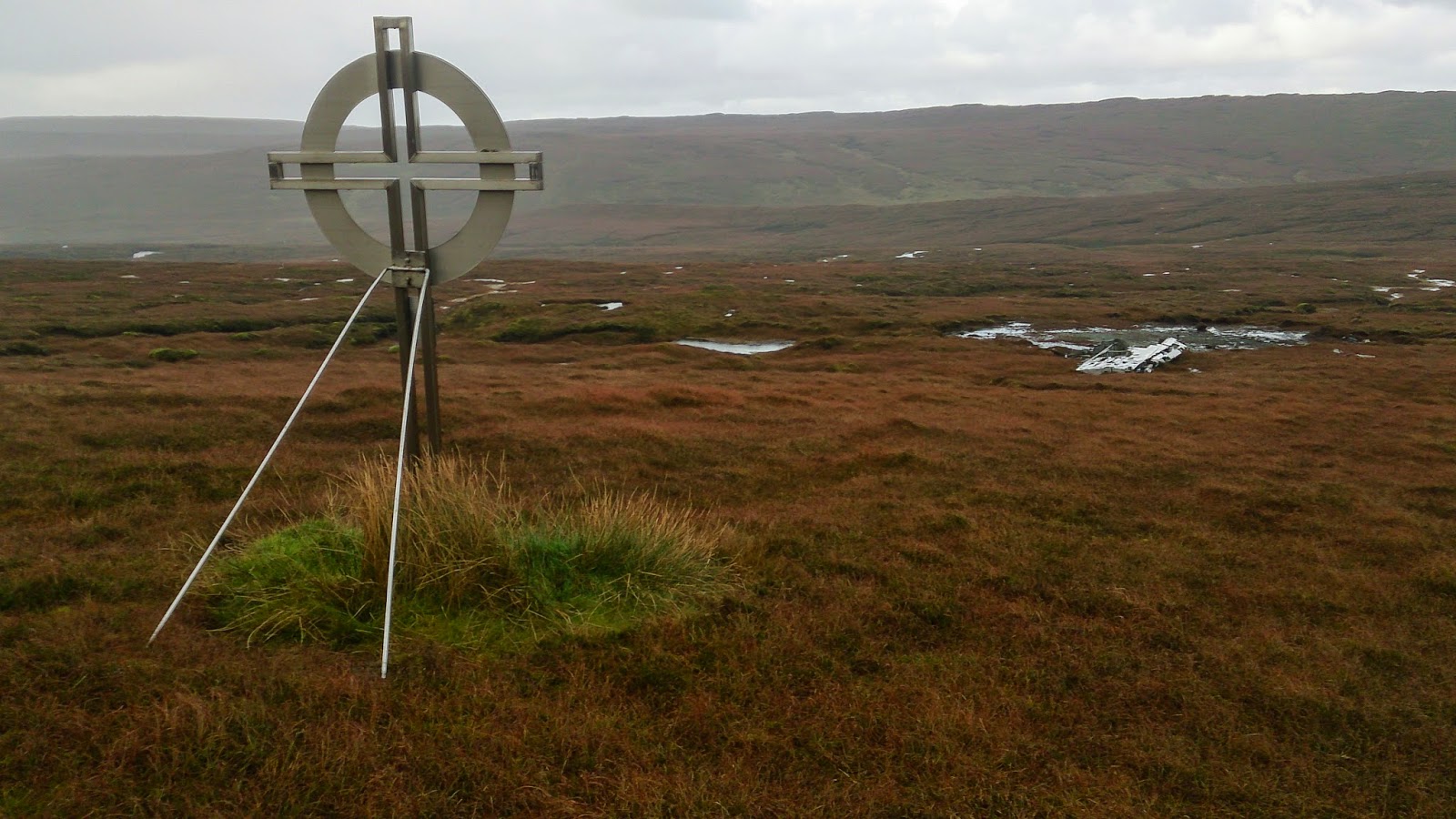 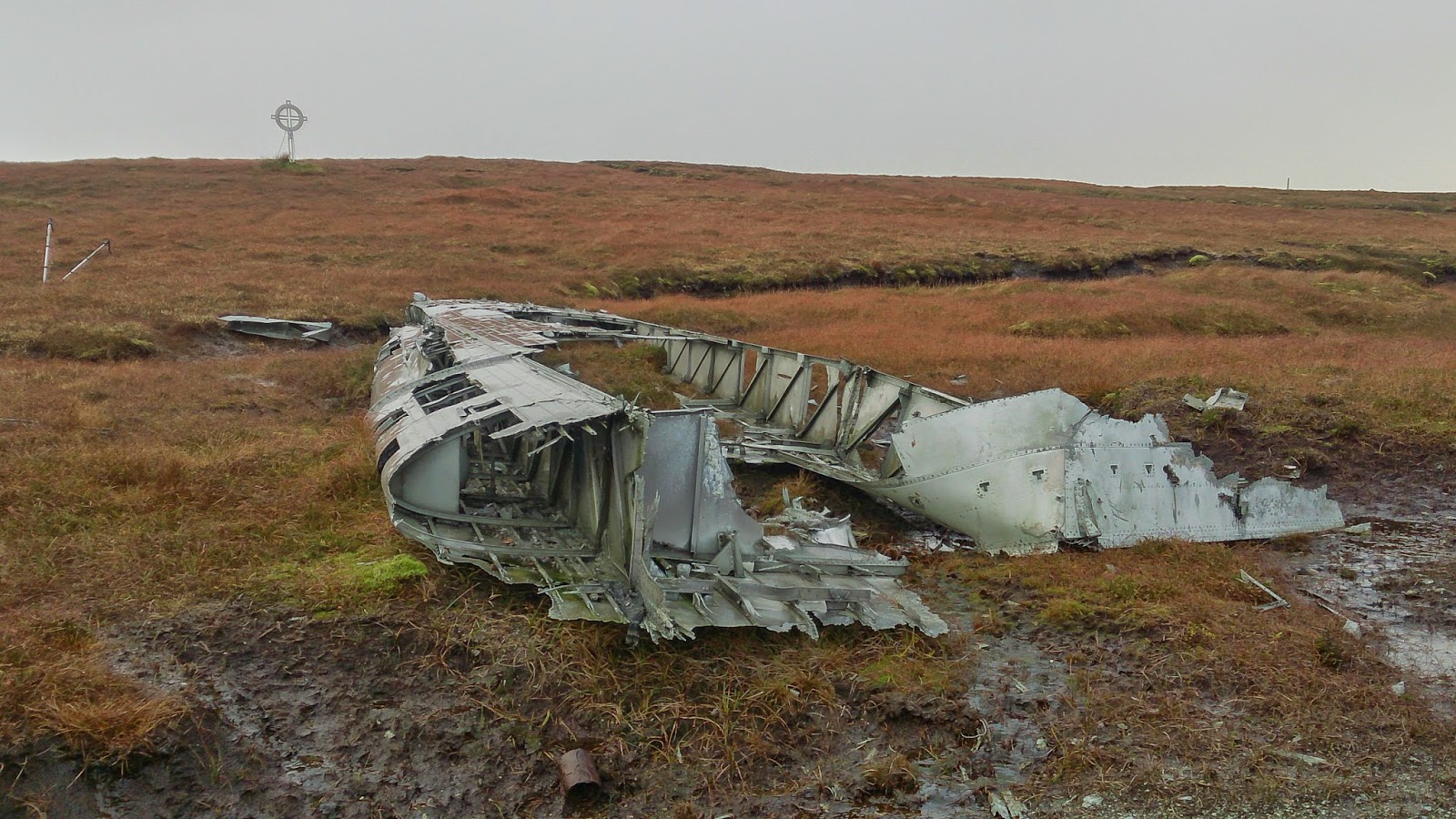 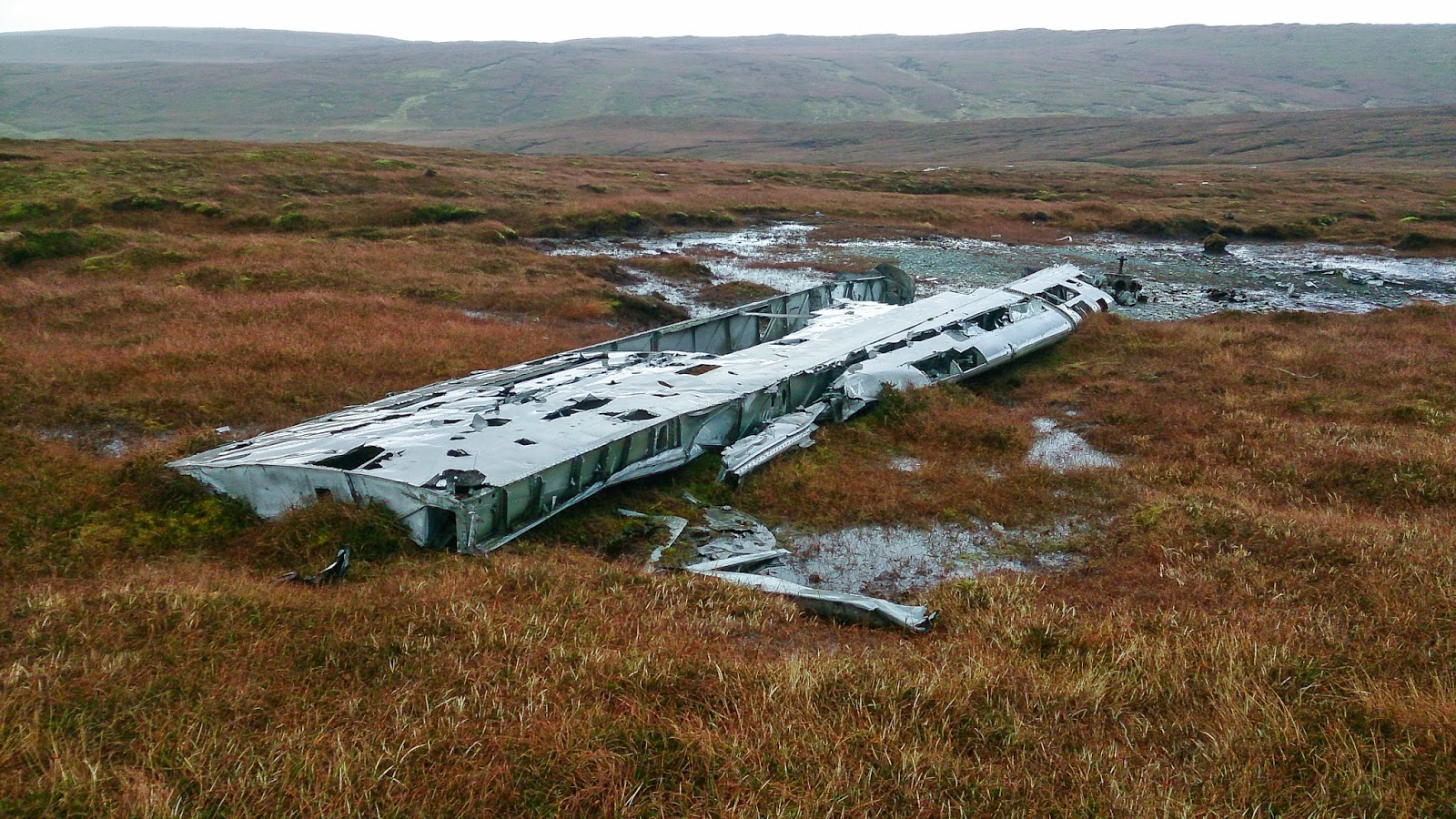 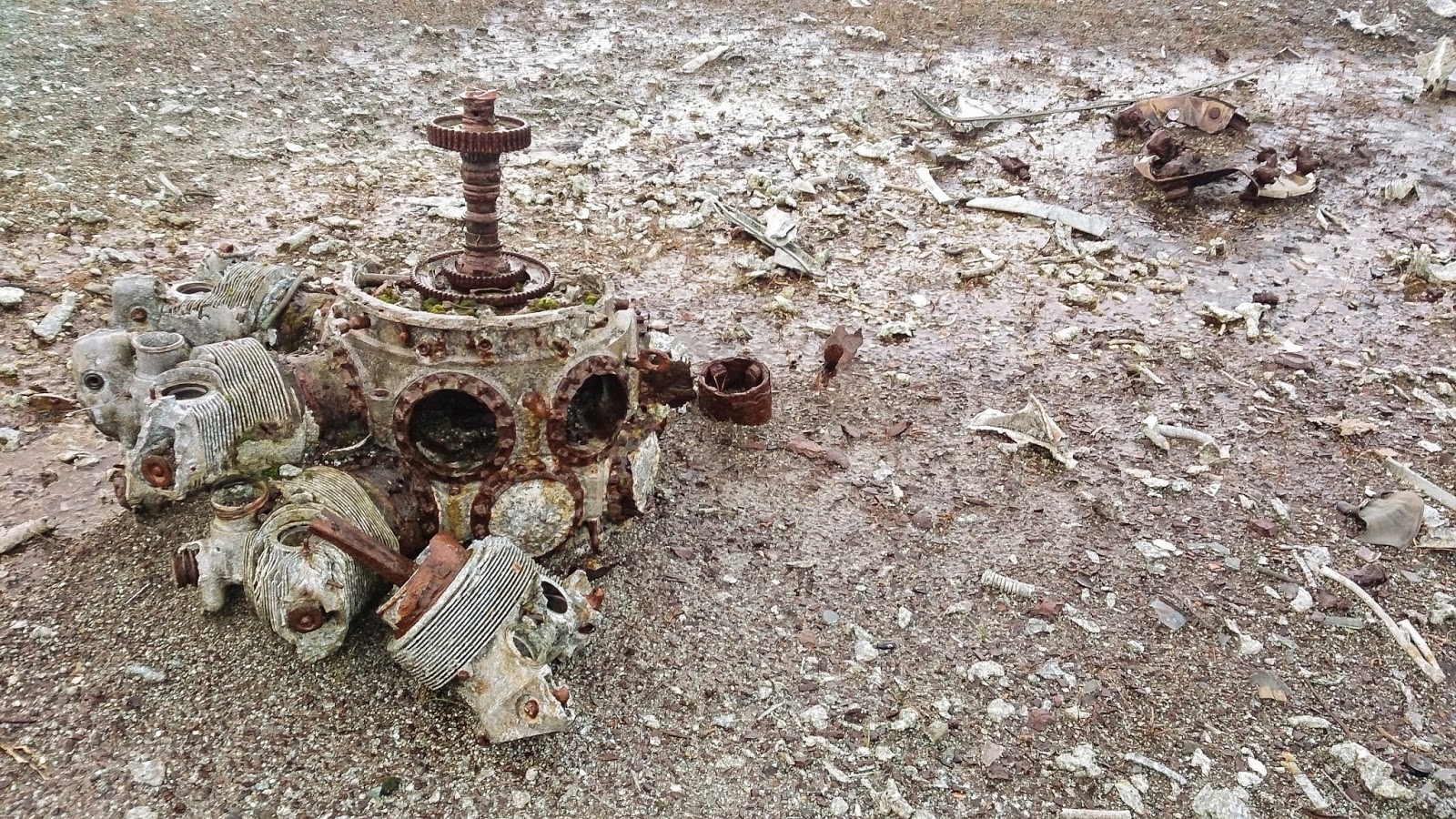 From the memorial site I headed up hill to the summit of the Hill of Arisdale, at 210m it is the highest point on Yell and also classified as a 'Marilyn' hill, a smaller type of Munro. 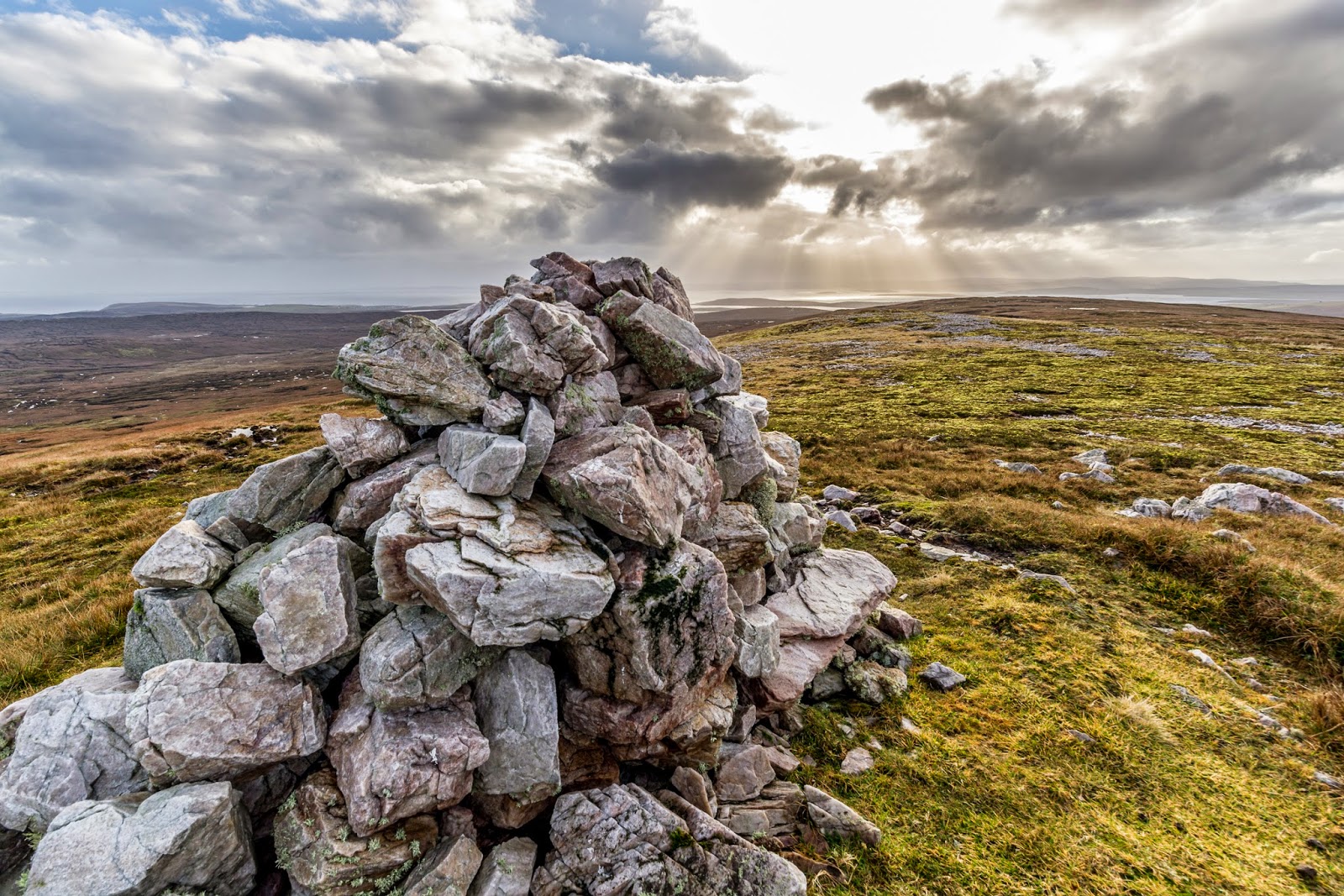 By the time I got to back to the car I was feeling pretty damp and cold and still so when I got back to the office. It was an interesting and useful trip out though and a good walk in better weather.
Posted by Moder-dye at 18:23 No comments: Links to this post

A first visit to Gletness and a little sail

Gletness in South Nesting is one place I've not visited yet despite having been many other places around South Nesting. I have seen it from the sea, but that doesn't really count.

Being a nice morning I thought I'd have a quick run out there to take a photo or two and also catch up with friends who live there. Lucky things; it's a wonderful place right on the shore with a number of islands to hopefully dissipate the high seas that can roll in there.

I liked this little shore shelter some one had built there, although the wind was the wrong direction for it to do much good when I was there. 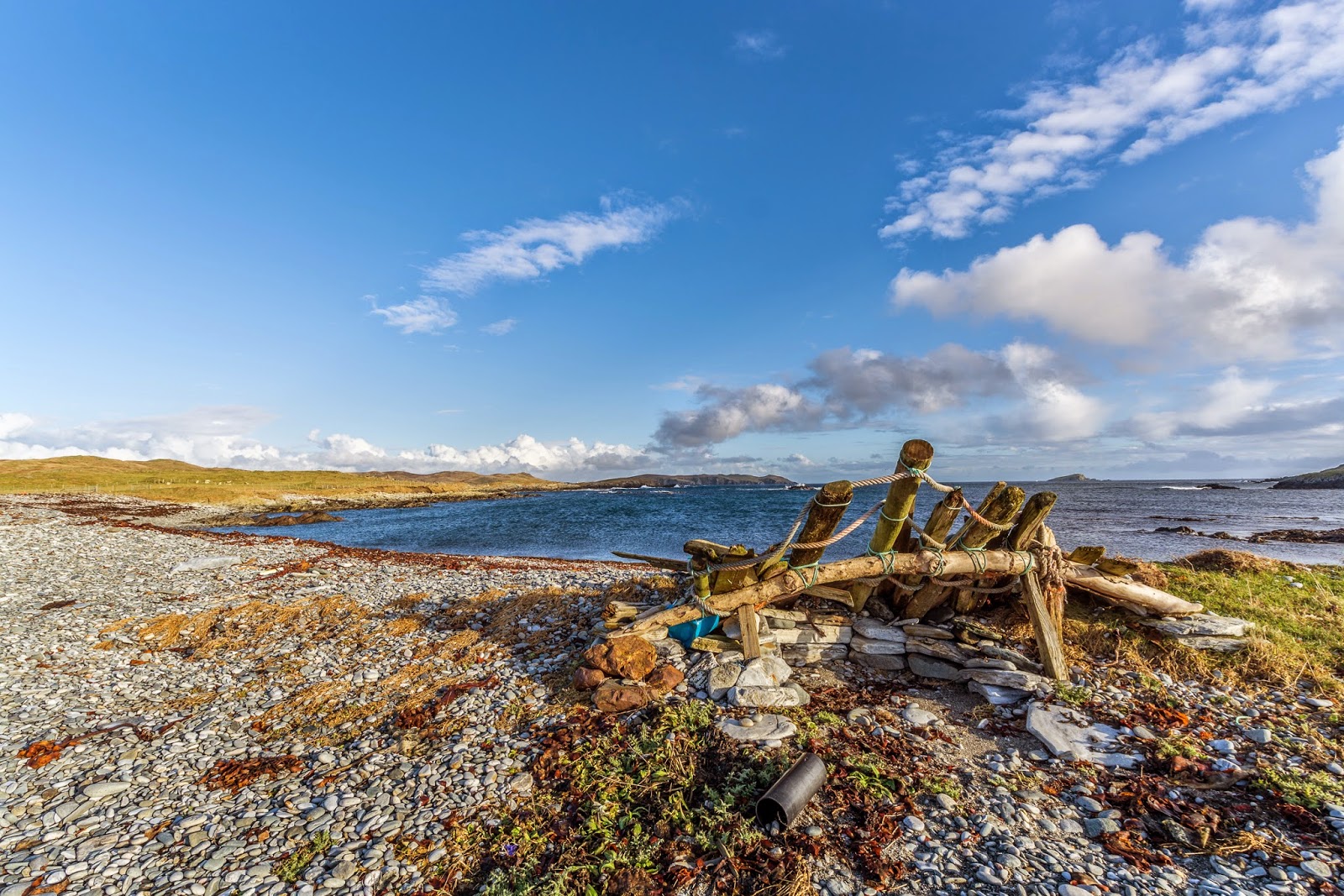 May be it's a spot to sit and look for otters? I did see some otter prints on the beach ... 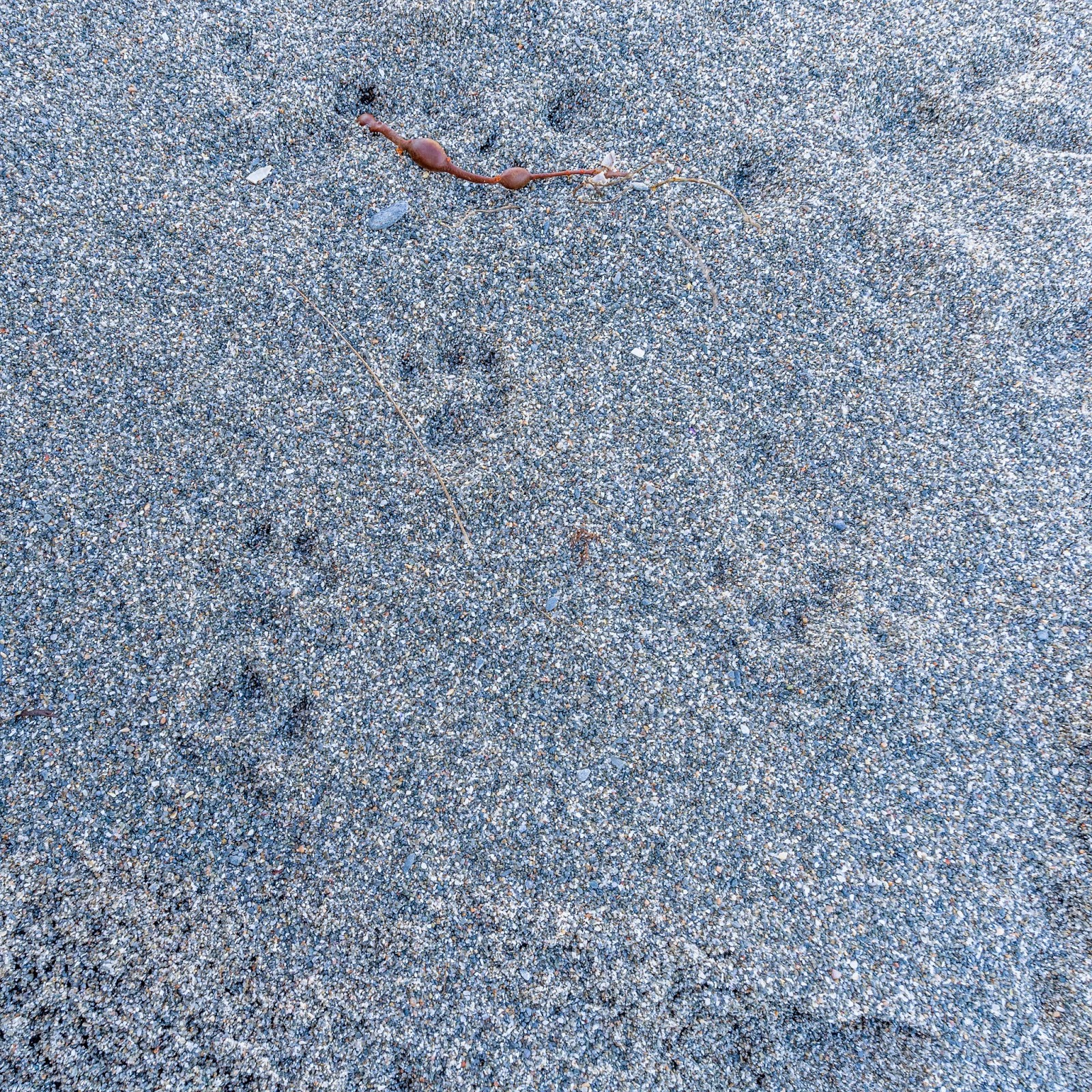 Here's the North Isle of Gletness with Hoo Stack and it's lighthouse in the distance... 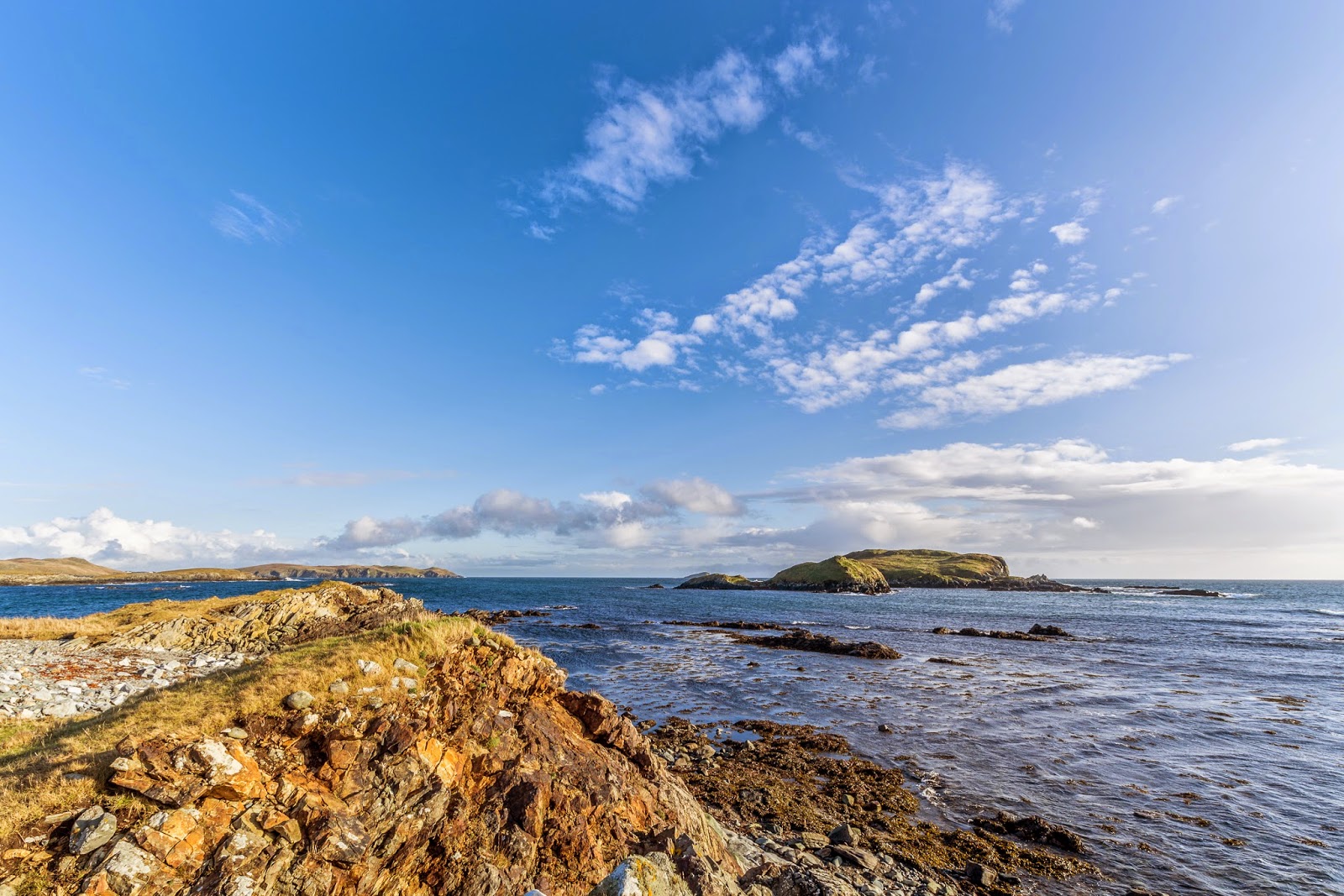 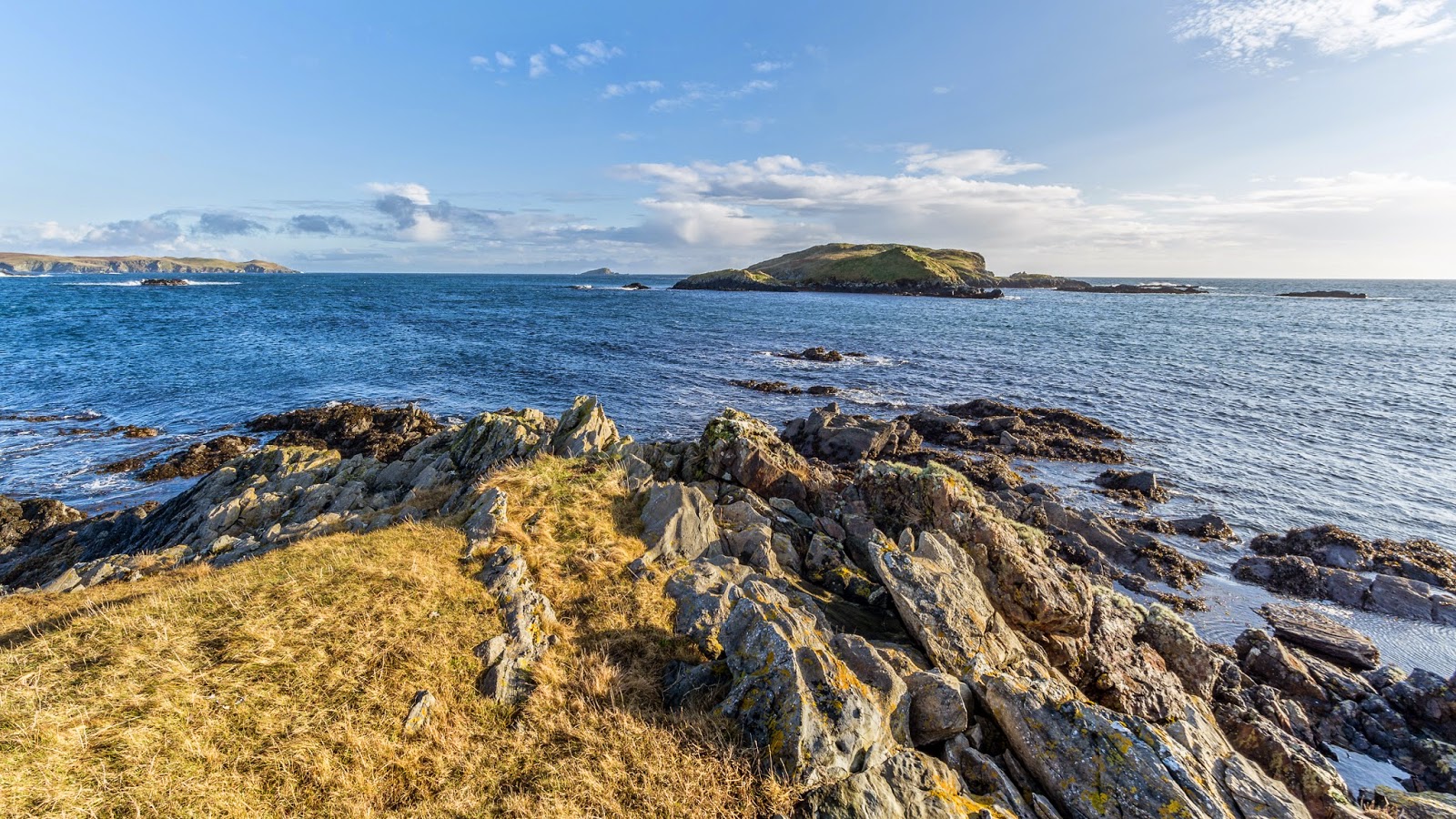 I've also been for my first sail in a while. It was forecast force 5 winds or more and Martin and I thought we'd take Märta out for a little potter to try her storm sails out. As it turned out we were lucky if the wind hit force 4, but being too lazy to change the sails we just had a sedate sail around Linga and back and very nice it was too!

With good south-westerly we had a lot of tacking to get out of Olna Firth... 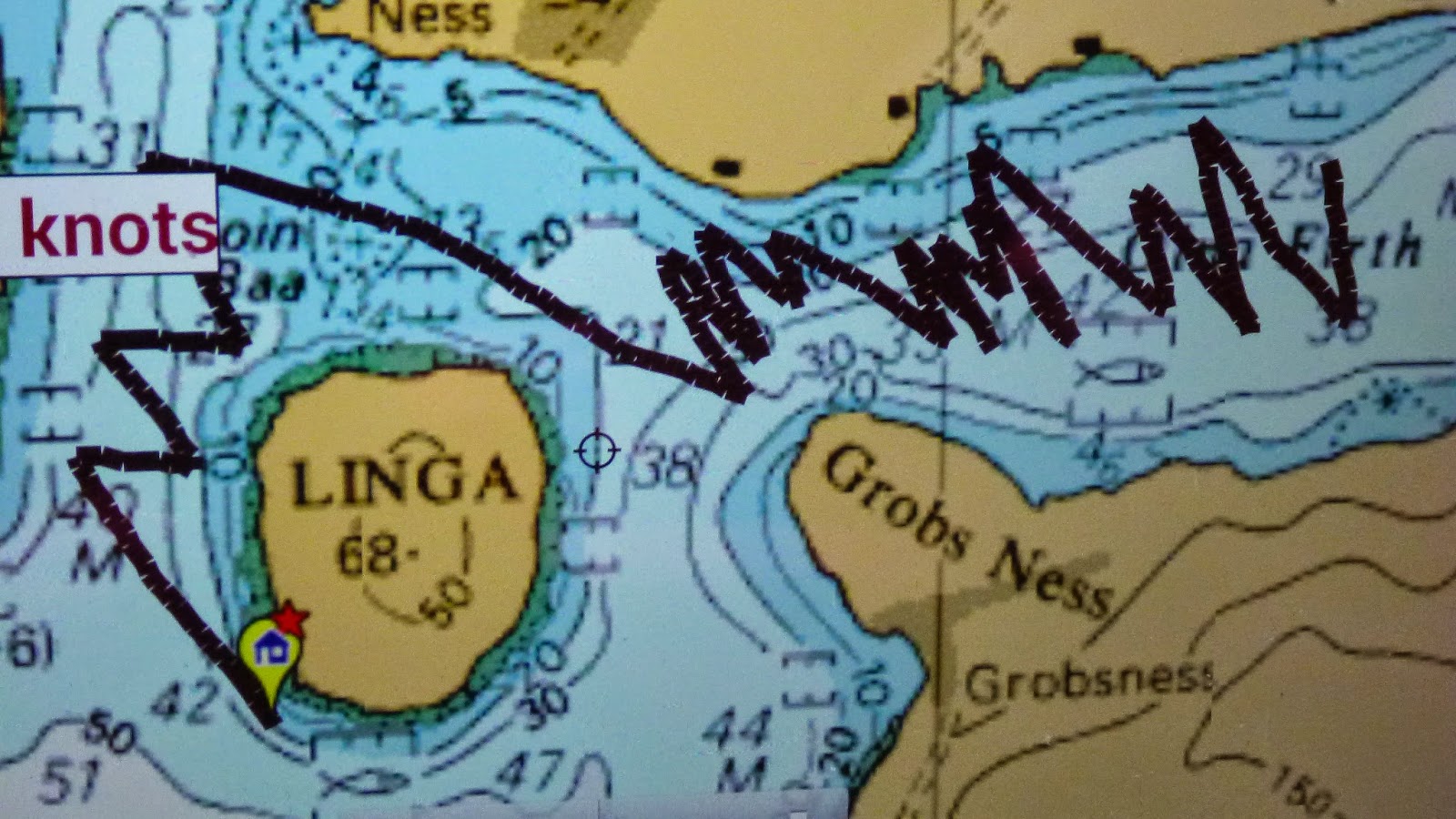 Here's a little timelapse of some of the sail; my camera battery ran out after a couple of hours and 1900 photos!

Posted by Moder-dye at 19:06 No comments: Links to this post