As I set off up to Fetlar this morning I was a bit worried that I'd picked the wrong day to go. It was cold and icy with a heavy frost, but the real concern was the ominous snow clouds I was driving towards and the odd flurry of snow I drove through and the way up for the ferries.

Luckily once I got to Fetlar the skies were blue and it was a pretty fantastic day to be there.

During my lunch I took a look around Brough Lodge and Tower... 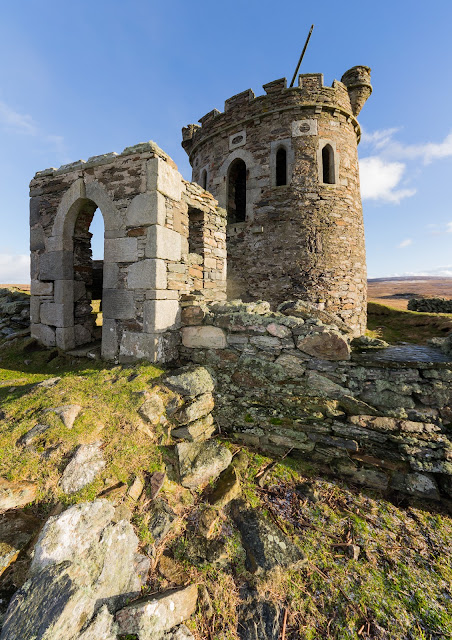 I've never actually stopped to look at the tower before, though it's always tempted me on the drive past. This time I had a look around what is now a site for restoration through the Brough Lodge Trust.


If you checkout those links above there's everything you could wish to know about the lodge, but it was built in 1825 by Sir Arthur Nicholson and stayed in the family until 1988 when the trust formed to preserve it.

It's got and interesting mix of architecture, some brick, some stone and some concrete... 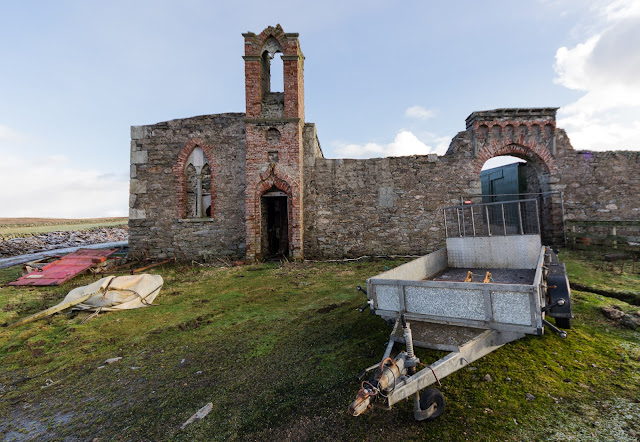 The tower through the arch... 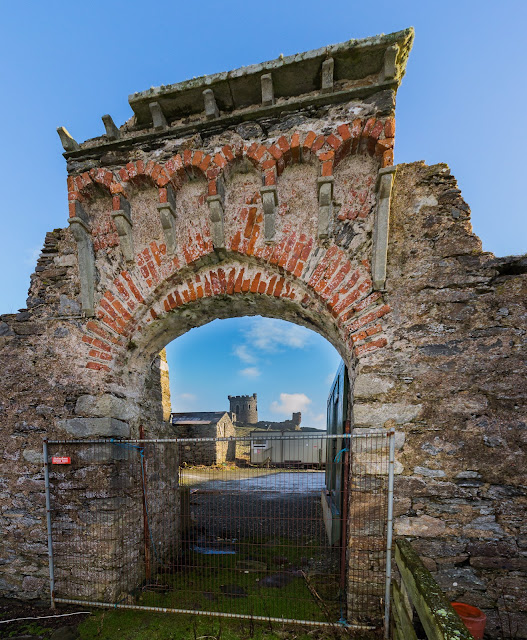 Apparently this was the chapel which had an ornate bell tower... 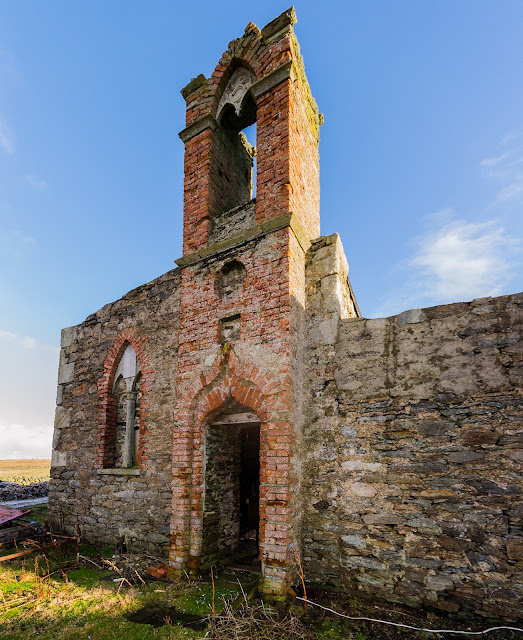 But it's the tower that intrigues me... 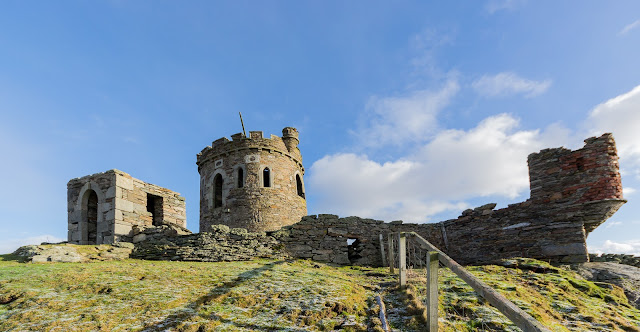 It's a folly built some time around the same time as the house on the site of a broch... 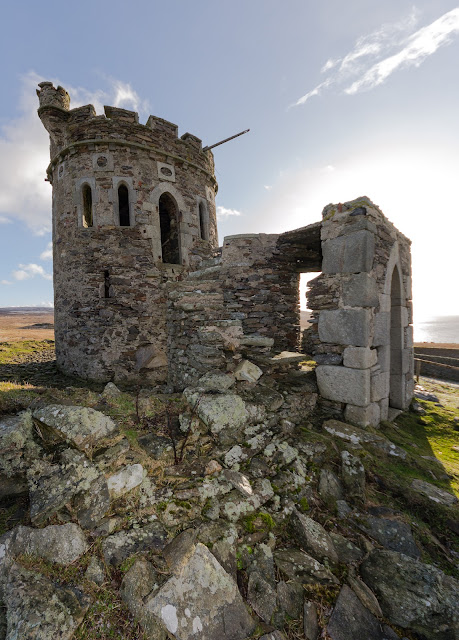 I think it's ace, what a place! 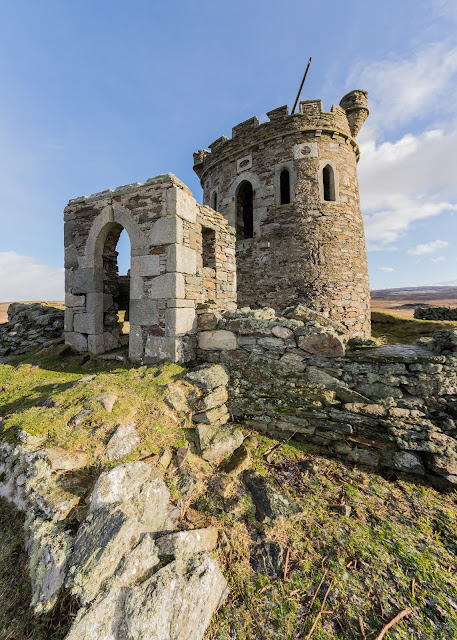 Just down the road from it is Brough Pier, out of use, but with an old boat lying up in a noost near the winch. Well worth a lunch time mooch. 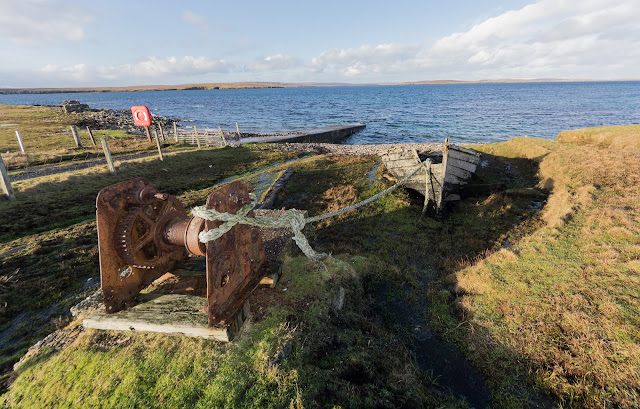 It was pretty nippy up there today as you can see from this photo of Tresta Beach...

But I was fully proofed against sore tooth and remnant whooping cough.... 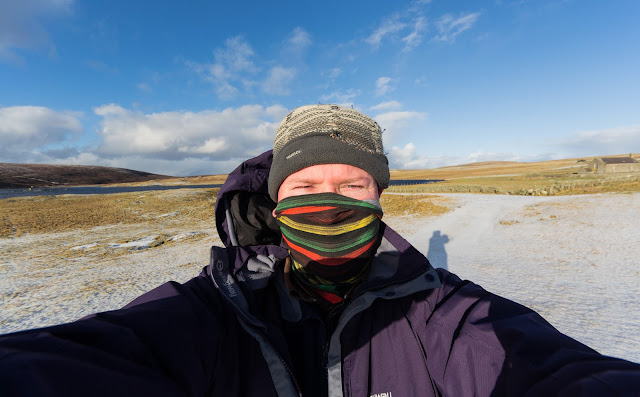 Well it helped a bit and the sheep didn't laugh!
Posted by Moder-dye at 20:03