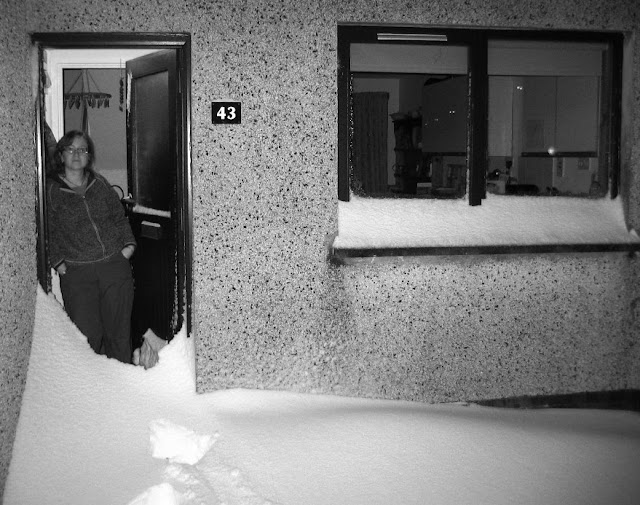 It's snowing again. More than ever. Lots and lots. Schools are shut. We're snowed in. I've cleared the car 3 times. 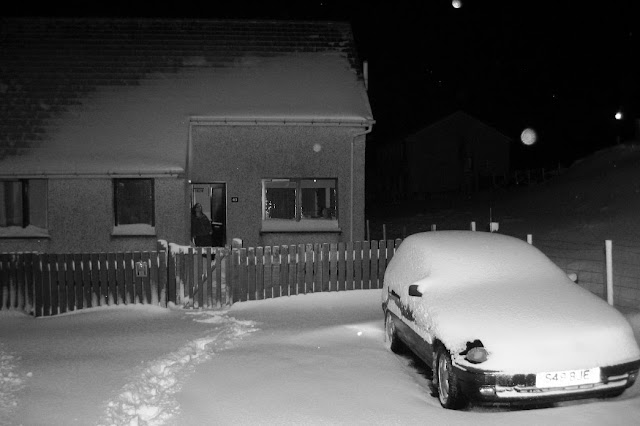 I tried to get to the 27 miles to 'da toon' for an appointment, but lost control just after leaving Firth and after 100m of sliding this way and that managed to stop just before I went in a big ditch, phew, double phew as there was no other traffic. I just came home, glad I did, otherwise I'd still be there now, along with other stuck people.
The road out 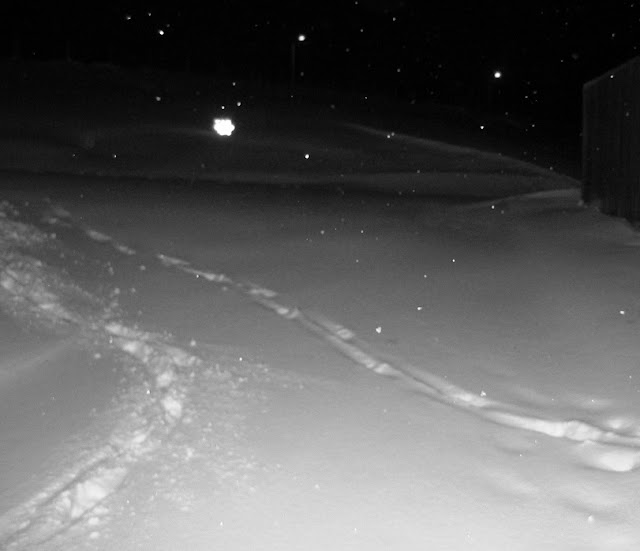 The main road to freedom 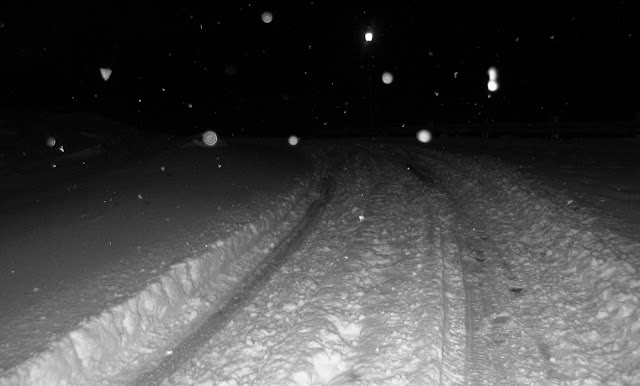 I know it's said that the Inuit have a hundred names for snow but there are a few here, even though 'everyone' says there's not usually much snow!


I'm sure there are more, I know there are plenty of names for different types of rain and wind.
So what does this tell me? Do we really get lots of snow, wind and rain???

The good news is that it's forecast to get worse as the week goes on, apparently today was sunny. I think the order of the day for tomorrow might be sledging, hot chocolate and Shetland buttered toast...
Posted by Moder-dye at 21:35